News of the alliance was a surprise to Daimler's works council at its factory in Untertuerkheim, which specialises in electric and gasoline powertrain assembly.
By : Reuters
| Updated on: 18 Nov 2020, 08:12 AM 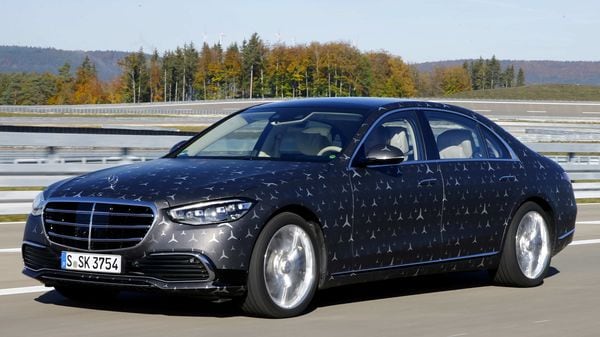 German car maker Daimler said on Tuesday it will cooperate with China's Geely to build next-generation combustion engines for use in hybrid vehicles.

Efforts to share development costs come as the growth potential for combustion engines faces the twin threat of the Covid-19 crisis and stricter fuel-efficiency and emission rules.

"The companies plan to develop a highly efficient modular engine," a spokesman for Daimler said, adding that it would be used in hybrid drivetrains and manufactured in Europe and China.

The modular engine will be used in cars under different marques at Geely and Daimler, a person familiar with the matter said on condition of anonymity as the companies are still in the early stages of developing the engine.

News of the alliance was a surprise to Daimler's works council at its factory in Untertuerkheim, which specialises in electric and gasoline powertrain assembly.

"We are speechless. There was not even a discussion about potential alternative manufacturing locations," said Michael Haeberle, the works council chief for Untertuerkheim.

"We have the ability to build four cylinder engines in Untertuerkheim but there were no talks about it."

Most of the next-generation combustion engines will be made in China, business daily Handelsblatt reported. The alliance with Geely, which owns a 9.69% stake in Stuttgart-based Daimler, means that parts of Daimler's existing partnership with Renault could be pared back.

A Renault source told Reuters that the Daimler-Geely project does not mean an end of cooperation between Daimler and Renault .

Citing Daimler sources, Handelsblatt said the Daimler-Geely pact would save the German carmaker a "triple-digit million sum" - implying an amount above 100 million euros ($119 million) and less than 1 billion euros.