All Mercedes passenger cars produced from 2016 onwards can receive this update, making it over three million vehicles worldwide.These alerts are currently available in select markets worldwide in as many as 36 languages.
By : HT Auto Desk
| Updated on: 12 Aug 2021, 10:33 AM 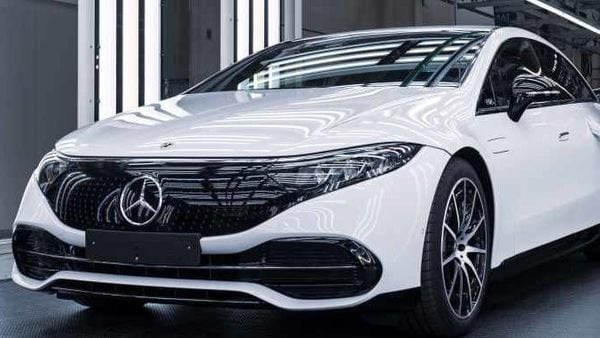 Mercedes-Benz has upgraded its Car-to-X functions to increase road safety for its drivers. New Mercedes S-Class, C-Class and EQS can now detect potholes and speed bumps, among other hazard warnings and alert the driver through audible messages.

When the chassis control unit recognizes such an event and the 'Car-to-X Communication' service is activated, the information is transmitted to the Mercedes-Benz Cloud in real time using mobile phone network and positional data. Then, all Mercedes cars in the surrounding are issued an alert and the events are displayed on their navigation maps with hazard icons. Nearly 10 seconds before the hazardous section is reached, an audible message is also sent while the hazard icon gets highlighted.

Mercedes informed that all its passenger cars produced from 2016 onwards can receive this update, making it over three million vehicles worldwide. The warning message for these vehicles will be, "Traffic event ahead" while the message for the EQS, new S-Class and C-Class will be, "Look out, pothole!" or "Attention, speed bump". These alerts are currently available in select markets worldwide in as many as 36 languages.

Apart from the potholes and speed bumps, the Mercedes Car-to-X function can also use available information from Crosswind Assist. When this assistance system becomes active during a strong crosswind while helping the driver apply targeted braking or steering interventions, the Mercedes-Benz Cloud is also notified. Then, warnings are issued to all Mercedes drivers following behind.

Other warnings sent to Mercedes drivers via Car-to-X functions are broken-down vehicle, heavy rain, fog, temporary roadwork, risk of skidding, heavy braking, hazard warning lights on, general hazard and crosswind, among others. The technology can look around the corner using its radar or camera systems.

Mercedes had introduced its mobile networking communications to transmit warnings in 2013 which evolved in to the Car-to-X Communication system in 2016 and has been installed as standard in its vehicles in combination with navigation systems.