The carmaker said it has launched a new integrated campaign 'Unlock with Mercedes-Benz,' which is aimed at reviving consumer sentiment ahead of the festival season.
By :
| Updated on: 10 Sep 2020, 08:55 AM 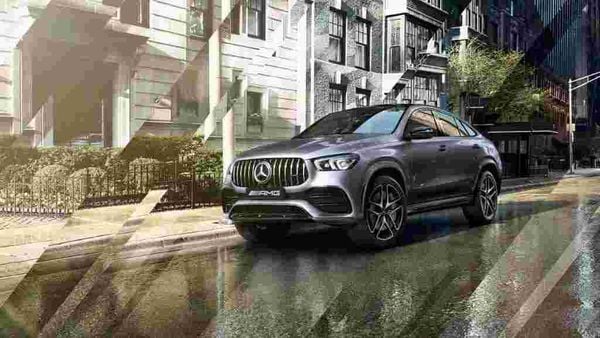 Mercedes-Benz India on Monday announced that it is launching the first member of the AMG 53 series with the new GLE Coupe on September 23.

German luxury car maker Mercedes-Benz on Wednesday said it is optimistic that the gradual unlocking of markets and festive season will revive consumer sentiment, which remains weak amid the Covid-19 pandemic.

The domestic automobile industry is facing the twin blow of deceleration in the economy and pandemic, with all categories, except tractors, reporting de-growth in August over the same period last year even as it witnessed some recovery month-on-month.

Retail sales of passenger vehicles (PV) declined 7.12 per cent to 1,78,513 units in August as compared to the same month last year, according to data released by automobile dealers' body FADA on Wednesday.

"As markets gradually unlock with the onset of the festive season, this is also the time when customers want to celebrate and we are optimistic this in-turn will drive market sentiments," Mercedes-Benz India Managing Director and Chief Executive Officer Martin Schwenk said in a release on Wednesday.

"At Mercedes-Benz India, we are unlocking across markets, following all the social distancing protocols and adhering to all safety and sanitisation measures," he added.

(Also Read: SUVs may rule roads but Mercedes still has faith in its iconic sedans)

The carmaker said it has launched a new integrated campaign 'Unlock with Mercedes-Benz,' which is aimed at reviving consumer sentiment ahead of the festival season.

"Unlock with Mercedes-Benz' offers some of the most customised financial solutions for owning a Mercedes-Benz under the 'agility offer, with easy EMI and comprehensive cost of ownership options,'' the company said in the release.

Under this, Mercedes-Benz C and E-class and GLC models class can be acquired at EMIs starting at ₹39,999, ₹49,999 and ₹44,444, respectively, along with complimentary first year insurance.

The rate of interest on the EMIs stands at only 7.99 per cent, Mercedes-Benz said.