Volvo says safety remains priority and its cars will now have a speed limit of 180kph across the world.While many say it is a good decision to possibly prevent road fatalities, others argue the driver or owner should have full control of his or her vehicle.
By : HT Auto Desk
| Updated on: 21 May 2020, 11:11 AM 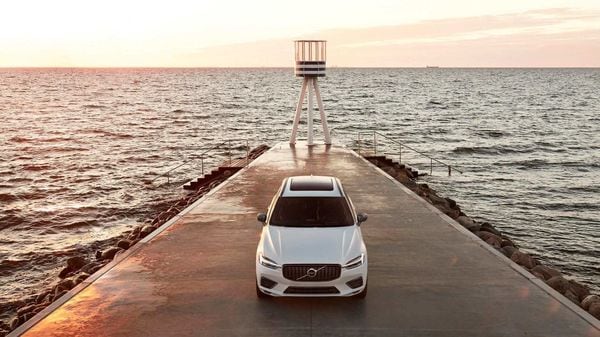 Volvo cars won't be able to breach the 180kph speed limit soon as the company wants to limit impact from high-speed crashes.

Volvo on Wednesday announced that it will limit the top speed of all its vehicles to 180kph, irrespective of the engine configurations and car capabilities. The Swedish car maker underlined its commitment towards road safety and said that it has a responsibility to ensure no fatality or serious injury occurs in or around its vehicles. While the official announcement was cheered by many who raved about Volvo's unwavering commitment towards potentially making roads safer, other argued that it is 'mechanical policing.'

Volvo had already stated back in 2019 that it was considering a move to limit the top speed in its cars. On Wednesday, the company came good on that promise. "We believe that a car maker has a responsibility to help improve traffic safety," said Malin Ekholm, head of the Volvo Cars Safety Centre. “Our speed limiting technology, and the dialogue that it initiated, fits that thinking. The speed cap and Care Key help people reflect and realise that speeding is dangerous, while also providing extra peace of mind and supporting better driver behaviour."

Care Key is a way by which owners of Volvo vehicles can set further restrictions on top speeds as per their preference. This is mostly applicable if the car is being handed over to a young and/or inexperienced driver.

While Volvo has admitted that the decision may be controversial, it immediately set off a raging debate in the automotive world between people who backed the move and those who blasted it. Those in favour primarily argued that speeds in excess of 180kph are anyway not legal on roads in most parts of the world. In fact, apart from on German Autobahn, in The Isle of Man and on racetracks, such speeds would most likely invite heavy penalties. As such, supporters of Volvo's decision largely argue that limiting the top speed is a show of intent towards increasing road safety. They have further added that even the best of drivers in the world cannot control external elements which could lead to crashes. Such crashes can be every bit more serious at high speeds.

We appreciate your support, Richard!

The counter arguments to the move is primarily based on people arguing that driving should be left to the abilities, skill and experience of the person behind the wheel. On social media, many claim they have hit speeds in excess of 200 kph repeatedly and never felt out of place. Still others predict Volvo's sale would be impacted because, they say, when a person buys a car, he or she would want to own every part of it including mastering its full capabilities.

Bad choice taking away the freedom and self-choice of people. Liked your cars but will never buy one now.

A few have also highlighted it would be outright embarrassing if someone in a Volvo is overtaken by cars far inferior in terms of mechanics and in the price band.

The debate then may well be between speed enthusiasts and driving aficionados and may well continue for some time to come. Volvo, however, appears determined to roll out speed limits on all its vehicles across the world. As a supporter of the decision put it - with great power comes great responsibility.