Home Auto News Maruti Ertiga Based Toyota Rumion Hits This Market. Will It Come To India?

Maruti Ertiga-based Toyota Rumion hits this market. Will it come to India?

Toyota Rumion gets a 1.5-litre four-cylinder petrol engine which churns comes with both manual as well as automatic transmission options.
By : HT Auto Desk
| Updated on: 11 Oct 2021, 04:48 PM 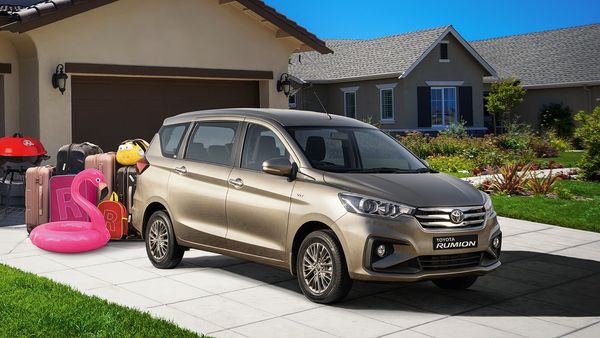 Toyota Rumion clearly looks identical to the Maruti Ertiga MPV sold in the Indian market and a few other regions as well. Rumion gets a 1.5-litre four-cylinder petrol engine that also does duty on Ertiga. The engine churns out a maximum power of 103 hp and peak torque of 138 Nm.  It comes mated to a five-speed manual or a four-speed automatic transmission.

Aesthetically, Toyota Rumion appears to have the same stance as Maruti Ertiga. The MPV features a front grille that extends across its angular halogen headlights and front fog lamp. Its slanted A-pillars continue into its tall roofline to accentuate its identity as a spacious vehicle. 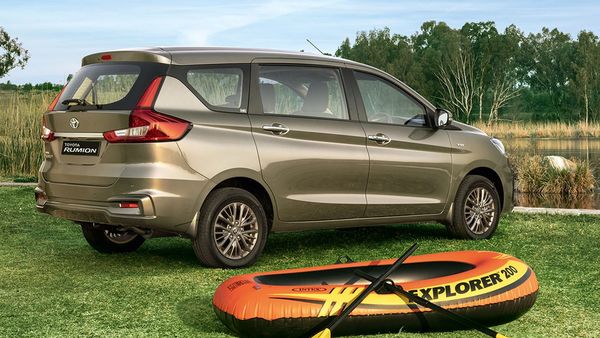 Toyota Rumion appears to have the same bold stance as Maruti Ertiga.

The Rumion MPV offers ample space for passengers as well as luggage with a 550-litre boot space. The vehicle allows accommodating bigger objects such as bicycles with the second row seats being split in 60:40 proportion and the third row seats being folded flat. The interior features a black theme with silver accents and faux wood trims running across the dashboard.

(Also read | Maruti Suzuki may have a rival to Tata Punch soon, could be based on Baleno)

Among a slew of features in the cabin, all windows inside the Rumion can be electrically operated while the driver's window can be operated by a one-touch up/down function. The touchscreen infotainment system comes with Android Auto and Apple CarPlay functionalities. Further, these can be operated wirelessly using Bluetooth functionality. A multi-mode display displays trip information such as fuel consumption, average speed and outside temperature.

Toyota is likely to introduce the re-badged Rumion MPV in the Indian market in the future but there is no official confirmation from the company yet.