Home Auto News Markets In India But Jobs In China? Why Govt Isn't Ready To Bend For Tesla

Markets in India but jobs in China? Why govt isn't ready to bend for Tesla

India wants Tesla to manufacture its EVs locally.The Tesla facility in China's Shanghai is one of its largest and serves as a base for not just the Chinese market but products manufactured here are also sent to several European markets.
By : HT Auto Desk
| Updated on: 09 Feb 2022, 10:55 AM 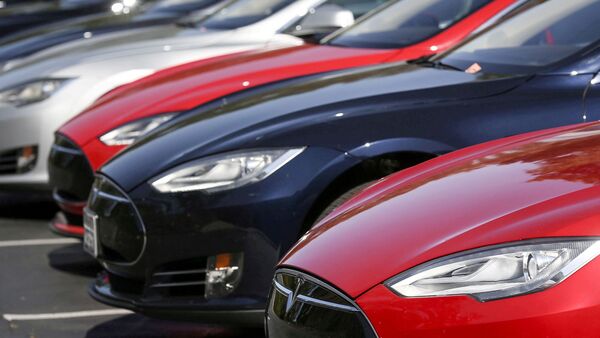 File photo: A row of Tesla Model S sedans at its office in California.

The wait for Tesla electric vehicles (EVs) in India has no end in sight as while the US auto maker wants cuts in import duty for its products, the Indian government wants Tesla to manufacture products locally. Union Minister Krishan Pal Gurjar recently made the views amply clear when he said there cannot be a situation where the market is India but jobs are created in China.

The Indian government has previously been categorical that Tesla needs to manufacture locally before any tax concessions can be considered. Responding to a query on Tesla in Lok Sabha on Tuesday, Gurjar, the Minister of State for Heavy Industries, once again highlighted the government's position and said "the company wants workers from China and market of India. This is not possible in Modi government... our government's policy is that if India market is to be used, job opportunities will have to be given to Indians."

Gurjar was responding to a question by Congress member K Suresh. “Want to ask the member if they want India's money to go to China?" asked Gurjar. “That company has not applied as per our policy. For that (company), doors of India are open, they can come apply as per policy, set up company, give jobs to our people, increase government revenue."

The EV movement in India is gaining momentum even if it is largely being powered by products in the two and three-wheeler space at the moment. Luxury car makers like Mercedes-Benz, Audi, Jaguar Land Rover and BMW have brought in products while mass-market players like Tata Motors, Hyundai and MG Motor India also have options available. But eyes are still peeled for Tesla, the world's largest EV player.

Tesla CEO Elon Musk, in a tweet reply recently, said that his company isn't in India yet due to ‘challenges with the government’. A number of state governments were quick to invite - and woo - Musk. From West Bengal to Punjab and Maharashtra, invites were sent across. But in the Indian context, crucial factors like import tax cuts can only be decided by the central government and at the moment, it appears Tesla may be reluctant to manufacture locally.

(Also read: Tesla CEO Elon Musk has found a friend in Aaditya Thackeray. Here is why)

Globally, the Tesla facility in China's Shanghai is one of its largest and serves as a base for not just the Chinese market but products manufactured here are also sent to several European markets.