For 2021, the luxury carmaker has already received bookings for more than half of its annual production capacity.Despite the Covid crisis, Lamborghini launched as many as six new products last year.
By : HT Auto Desk
| Updated on: 13 Jan 2021, 11:37 AM 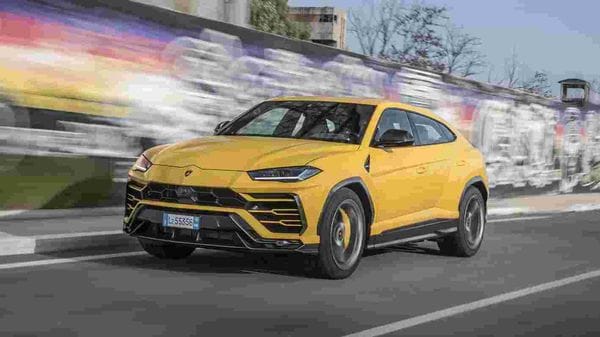 In a recent interview to HT Auto, Lamborghini India Head Sharad Agarwal had said that there has been a robust demand for the Urus in the country.

If you thought Covid-19 pandemic, job losses and other crisis in 2020 had hit the luxury car market the most, think again. Because Lamborghini sold 7,430 luxury cars during the year, posting less than 10 per cent drop compared to its performance back in 2019.

Barring a 70-day halt in production due to Covid restrictions in the first of 2020, Lamborghini performed well enough to recover in the second half of the year. In fact, Lamborghini says that the second half of 2020 was the best it ever recorded in terms of sales. So much so that the Italian luxury carmaker now hopes that in 2021 it can better its 2019 sales figures in India.

Lamborghini sold 2224 units in the United States, 607 units in Germany followed by China, Hong Kong and Maca where it sold 604 units. While in markets like Japan and the UK it sold 600 units and 517 units respectively. The two countries with the highest growth were South Korea at 303 units, with a growth of 75% and Germany which saw a rise of 8%.

The Urus SUV, which set a production record of 10,000 units last year, emerged as the best-seller for the carmaker in 2020. Urus SUV was the most successful model with 4,391 cars delivered. Besides Urus SUV, both its super sports car lines made a significant contribution to global volumes. The V10 Huracan recorded growing numbers with 2,193 cars sold and 846 V12 Aventador units delivered worldwide.

Stephan Winkelmann, President and CEO of Automobili Lamborghini, said, "The 2020 results are a clear demonstration of the excellent work that, despite the difficulties of a year of global challenges, was carried out by the entire Lamborghini team with enormous dedication and a spirit of resilience. It is a great honor for me to again be part of our future: the sense of community felt so strongly during the past year, along with the values of social responsibility and the drive toward innovation that has always distinguished Lamborghini, will be the basis for confronting a challenging 2021, with the aim of consolidating the product range, seeking new business prospects, and further strengthening the brand."

The new year also promises to be better than 2020. The carmaker has confirmed that it has already received bookings that is more than half of its planned production this year.