Green hydrogen in transport and other fields will help reduce carbon emission in the long run, said Ladakh LG RK Mathur.
By :
| Updated on: 09 Dec 2020, 08:53 AM 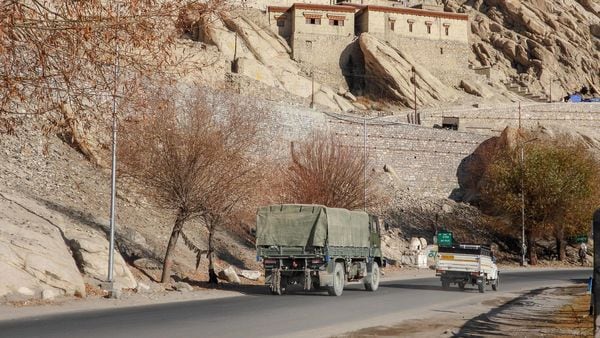 Vehicles seen on the roads in Leh. (File Photo)

Ladakh Lieutenant Governor RK Mathur on Tuesday stressed on exploring the possibility of using 'green hydrogen' for transport, heating and lighting purposes in the Union territory.

Attending a digital curtain raiser ceremony of the 6th India International Science Festival, Mathur said scientific intervention can help Ladakh in many ways and foremost in reducing carbon emission that would help the region contribute to the country's carbon neutrality.

This will help achieve the prime minister's vision of a carbon-neutral Ladakh, he said.

The Union Territory Administration has initiated certain steps in collaboration with various institutes to have science-based developmental activities in Ladakh, Mathur said.

He stressed on exploring the possibility of a 'green hydrogen' economy for Ladakh that can be used for transport, heating and lighting purposes covering even the remotest and scattered hamlets.

He batted strongly for exploration of green hydrogen potential to boost the economy of Ladakh.

He also appreciated the endeavours of Defence Research and Development Organisation (DRDO) in successfully launching various science projects in Ladakh like polycarbonate greenhouse, setting up of RTPCR lab, and promotion of white kernel apricot.

The theme of this year's science festival to be held from December 22 to 25 is is 'science for self-reliant India and global welfare'.