Union Minister Nitin Gadkari has said that rather than assembling its EVs in India, Tesla should consider making the entire product in the country by hiring local vendors.Gadkari added that this would help the government offer higher concessions to the US EV maker.
By : HT Auto Desk
| Updated on: 03 Mar 2021, 08:48 AM 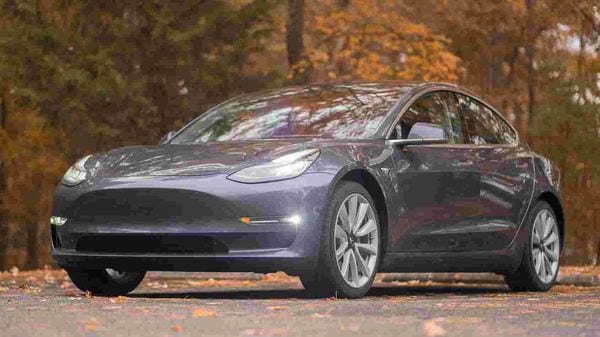 Minister of Road Transport and Highways, Nitin Gadkari has said that India is willing to offer incentives to US EV giant Tesla to make sure than its cost of production in the country is cheaper than that in China.

The minister's pitch comes weeks after the electric major registered itself in the country as Tesla India Motors and Energy Pvt Ltd in mid-January and also appointed three directors to lead its India arm. "The government will make sure the production cost for Tesla will be the lowest when compared with the world, even China, when they start manufacturing their cars in India. We will assure that," Gadkari said in an interview with Reuters.

As per earlier reports, Tesla plans to bring in its most affordable Model 3 sedan in the Indian market as soon as mid-2021. Reports suggested that the EV maker plans to import the vehicles to the country and sell them via direct sales strategy. "Rather than assembling (the cars) in India they should make the entire product in the country by hiring local vendors. Then we can give higher concessions," Gadkari was quoted as saying.

Last month, Karnataka's CM BS Yediyurappa confirmed the opening of Tesla's first manufacturing facility in the country, saying, "American firm Tesla will open its electric car manufacturing unit in Karnataka." He also confirmed that the EV giant has set up an R&D unit in Bengaluru.

A latest Bloomberg report stated that the EV maker is closing in on an agreement to make electric vehicles in India for the first time. The report further stated that the automaker has been negotiating with local officials for six months and is actively considering car assembly in the suburbs of Bangalore.

While India is looking at boosting local manufacturing of electric vehicles, batteries and other auto components, it faces tough competition in wooing global EV makers as various other countries are working towards cutting carbon emissions. Further adding to his pitch, Gadkari told Reuters that being a big market, India could be an export hub, especially with about 80% of components for lithium-ion batteries being made locally now. "I think it's a win-win situation for Tesla," he said. He added that he also wants to engage with Tesla in terms of building an ultra high-speed hyperloop between Delhi and Mumbai.

Tesla's entry in India may act as a catalyst for electric vehicles in the country and may also encourage other foreign players to scoop a pie of the EV market here.