Home Auto News If March Was Mayhem For Global Auto Giants, April Likely To Be Even Worse

If March was mayhem for global auto giants, April likely to be even worse

With car factories around the world either limping back to life or remaining shut for the entire month, April is expected to fare even more poorly than March had.Tightened cash flow and low demand may prompt car makers to either delay new product launches or rethink marketing strategy, or both.
By : Shubhodeep Chakravarty
| Updated on: 09 Apr 2020, 12:55 PM 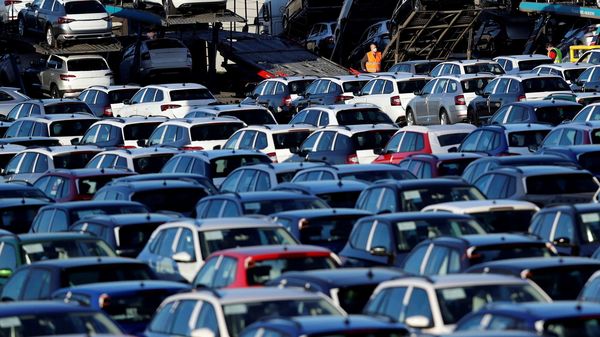 It is not a good time to be a car maker. In fact, it is the worst time to be a car maker anywhere in the world with all signs pointing to the upcoming months being one of the most challenging ever due to the coronavirus pandemic that has plagued almost every country. While March sales fell, April is likely to see the fall crashing through the floor.

Take Daimler for instance. The Mercedes-Benz maker has reportedly sought a credit line of 10 billion euros to 15 billion euros, according to Bloomberg which quoted people in the know as saying that the move is part of a range of measures to shore up the financial muscle of the maker of Mercedes-Benz cars and trucks during the coronavirus crisis. (Read full report here)

More recently, Daimler said it plans to open its factories in Germany only on or after April 20. Even then, not all factories here are likely to have their gates opened and those that do will see shorter work hours for fewer employees with additional health and safety precautions put into place. With regular production pattern out of the question, it is expected that output levels would take quite some time to levels of before.

Another major auto giant - Volkswagen - has said it expects to start raising production by April 14. BMW has said its production stop is likely to continue till April 30. Ford has put a firm plug on production till May 4. And all of these are for facilities in Germany where the impact of coronavirus outbreak, although significant, is less than that in countries like Italy, Spain, UK and the United States.

Even if production does return to anywhere close to 2019 levels, who is really buying?

China, the world's largest car market has seen a massive fall in demand in the first three months of 2020. This is true for almost every other major auto market in the world as well. Industry experts feel that with cash flow tightening and demand remaining muted, the outlook in the short and medium-term future remains bleak. In India, a report by KPMG predicts that Original Equipment Manufacturers (OEMs) may have to push back new launches and re-think marketing plans.

As such, while March saw falling sales around the world, April is when the real impact of lockdowns in many countries would really begin to reflect the grim scene at hand.