The move is part of a range of measures to shore up the financial muscle of the maker of Mercedes-Benz cars and trucks during the coronavirus crisis.
By : Bloomberg
| Updated on: 09 Apr 2020, 11:04 AM 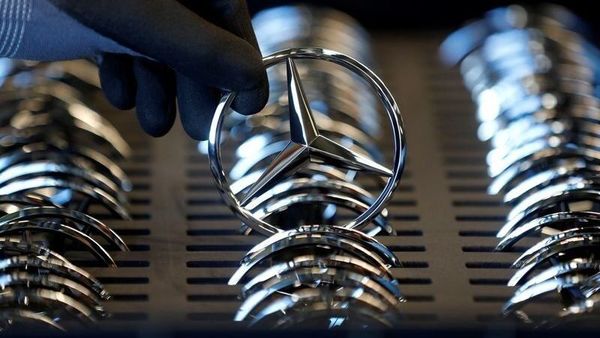 Daimler AG is in talks with banks over arranging a new credit facility of at least 10 billion euros ($11 billion) to help it navigate the fallout from the coronavirus pandemic, according to people familiar with the matter.

Daimler is seeking a credit line of 10 billion euros to 15 billion euros and an announcement on the final amount could come as early as next week, said the people, who asked not to be identified because deliberations are private. Talks with potential lenders are ongoing and the exact timing and structure of the deal could still change, they said.

The move is part of a range of measures to shore up the financial muscle of the maker of Mercedes-Benz cars and trucks during the coronavirus crisis, said the people. The shares pared losses following the report, and closed 0.6% lower at 29.59 euros.

Daimler declined to comment. It had signed an 11 billion-euro credit line two years ago with a group of international banks. This facility offered funding until 2025. The new credit facility would come on top of the existing one.

Global automakers face an unprecedented challenge after the pandemic crippled demand from China to Europe and the U.S. Governments have imposed restrictions on citizens, businesses and transportation to fight the outbreak.

Last week, Daimler and other European manufacturers were forced to halt output at their factories in the region and have since expanded closures to sites in North America.

Other industrial giants are also taking steps to boost liquidity. Fiat Chrysler Automobiles NA signed a new 3.5 billion-euro credit facility with two banks, the automaker announced Thursday. That’s after plane-maker Airbus SE earlier in the week said it had converted a facility of about 5 billion euros into a new credit line amounting to 15 billion euros.

Stuttgart-based Daimler said Thursday it will move to short-time work at its domestic operations. Under German rules the state pays part of the reduced salary for employees. Avoiding mass layoffs helped German manufacturers ramp up production after the financial crisis a decade ago.