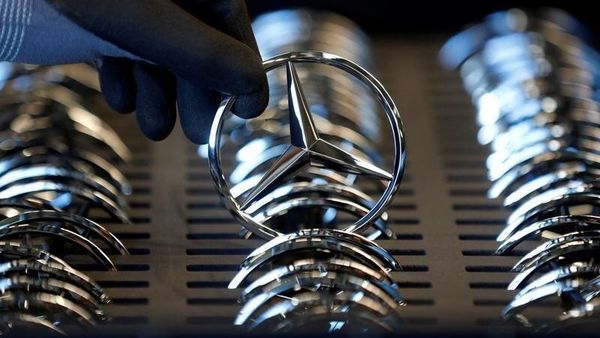 Mercedes-Benz maker Daimler said on Wednesday it plans to restart work at factories in Germany from April 20, after a weeks-long interruption due to the coronavirus pandemic.

"In a few selected factories, we are implementing a coordinated restart of production," the group said in a statement.

"From April 20 this will affect the car motor factories in Germany, Mercedes-Benz car factories in Sindelfingen and Bremen and the vans factories."

Truck and bus sites will also open from the same date.

But Daimler also said that it would extend shorter hours for its German workers until April 30, impacting "the majority of production... as well as administration".

Wilhelm nevertheless said that Daimler is well positioned to weather the blow.

Meanwhile Volkswagen said Wednesday that it would begin increasing production from April 14 in "a few" factories building car components, which are currently operating at much reduced capacity.

Most of the auto behemoth's sites are closed until at least April 19, but the group wants "to safeguard the supply of components to plants in China" after the Easter weekend.

"Further details of the mode of operation are expected after Easter" for other components and vehicles sites, VW said.

Daimler rival BMW said Tuesday that it would extend a production stop until April 30, while Ford's European factories are on hold until at least May 4.

Car sales plummeted in several European countries in March as far-reaching restrictions on daily life to limit the spread of the coronavirus bit.

Experts expect still-worse performance in April, while ratings agency Moody's forecast a 14-percent contraction in the global car market for 2020 as a whole.

But the picture is brightening in Asia, with "significant growth in demand" in China and South Korea, Mercedes-Benz sales director Britta Seeger said in a statement.