Genesis Motor made its debut in China in April last year after entering North America, Australia and the Middle East.
By : Bloomberg
| Updated on: 12 Feb 2022, 03:23 PM 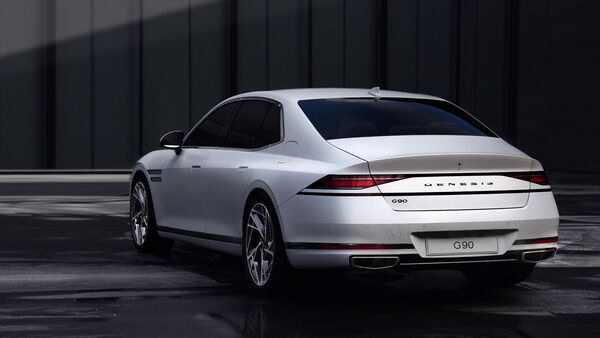 Hyundai Motor Co. is far from the top automobile brand of choice in China but its luxury-car division is seeking to change all that with a direct-to-market strategy targeting young, upwardly mobile consumers.

Genesis Motor made its debut in China in April last year after entering North America, Australia and the Middle East. Interestingly its line up in the world’s biggest car market won’t include an electric vehicle, at least initially.

“It is a tough market to enter but we can’t be a truly global brand without being in China, the most important market in the world," Genesis China Chief Executive Officer Markus Henne said. Three models are currently available -- the G70, G80 and GV80, starting from 249,800 yuan ($39,300) -- and electric models should be added later this year. Tesla Inc.’s model Y SUV starts from around 300,000, by comparison, while an entry level BMW or Audi typically costs north of 200,000 yuan.

Car sales in China climbed 4.5% last year, rising for the first time since 2018 helped by demand for new-energy vehicles and premium automobiles. BMW AG posted record annual sales of more than 846,000 cars in China with its local partners in 2021, while data from the nation’s Passenger Car Association show the luxury market expanded almost 5% over the period.

Henne acknowledged the growing appetite for EVs in China but said Genesis believes traditional cars will remain a popular choice for the foreseeable future. Around one in every five cars sold in the nation in December was electric. The company wants to position the Genesis brand first and it “can’t hurt to have two legs to stand on," he said.

As a brand, Genesis, which launched in 2015, aims to only bring in electric models from 2025. In China, Henne said a bigger lineup than local EV makers like Li Auto Inc. and Xpeng Inc., plus a direct-to-consumer sales model, will make it more competitive and nimble.

Hyundai, for its part, has struggled in China. Buyers have long shunned the automaker because of its fading brand recognition and political tensions -- in 2017 there was a spat when South Korea added more launchers to the missile system in response to North Korea testing nuclear weapons. State media also hasn’t been kind, labeling Hyundai greedy and arrogant.

Along with affiliate Kia, Hyundai only sold around 380,000 cars in China in 2021, even though Hyundai’s plants in the country have capacity of about 1.25 million. By comparison, Volkswagen AG delivered 3.3 million cars. Kia’s joint venture in China, Dongfeng Yueda Kia Motors Co., has been making a losses for the past five years, according to Meritz Securities Co.

“Hyundai is sandwiched between premium carmakers and local Chinese automakers," said Moon Yong-Kwon, an analyst at Shinyoung Securities Co. The automaker has focused for too long on old and outdated models and hasn’t moved fast enough to embrace the high-tech features that Chinese consumers love, he said.

Some analysts also question Genesis’s ability to step out from its parent’s shadow.

“I’m not sure Genesis can be successful in China because the loyalty of Chinese consumers toward Hyundai’s cars isn’t strong," said Kim Jin-Woo, an analyst at Korea Investment & Securities Co.

Genesis’s strategy of selling direct to consumers has also drawn comparisons with Tesla Inc., which pioneered the business model, and Nio Inc., which has built a reputation on offering drivers a whole lifestyle let alone an EV, with its network of social clubs, merchandise and exclusive events.

“A direct-to-consumer approach is definitely a good move when introducing a new brand as you’re less encumbered with existing franchise commitments," said Bill Russo, the founder and CEO of Shanghai-based advisory firm Automobility Ltd. “This trend is also synchronous with the trend toward building a community around a more tech-oriented brand. Whether a traditional automaker can pull it off -- even with a new brand -- is yet to be proven."

Henne isn’t too worried, predicting many Genesis customers will be first-time car buyers who haven’t really interacted with other brands, including Hyundai or Kia.

“I have very big ambitions but I wouldn’t measure that in sales," he said. “I have the ambition that in five years we’ll be one of the top luxury brands in China, period."