Home Auto News Highway Construction Slowed Down To 28.64 Km A Day In Fy22 Amid Covid: Official

Highway construction slowed down to 28.64 km a day in FY22 amid Covid: Official

The National Highways Authority of India (NHAI) and National Highways and Infrastructure Development Corporation Ltd (NHIDCL) are primarily responsible for the construction of national highways and expressways across the country.
By : HT Auto Desk
| Updated on: 07 Apr 2022, 04:16 PM 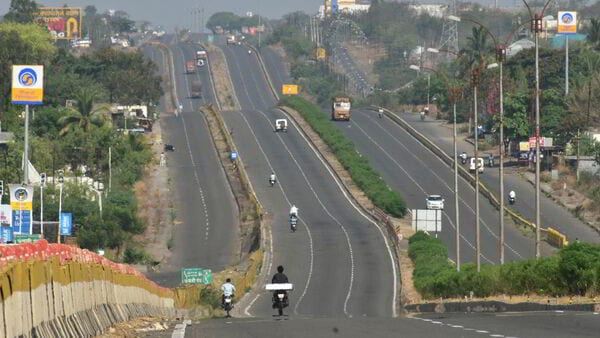 Constriction of the National Highways (NHs) in the country slowed down to 28.64 kilometres a day in fiscal of 2021-22 due to the coronavirus pandemic related disruptions as well as a longer-than-usual monsoon in some parts of the country, the Union Road Transport and Highways Secretary Giridhar Aramane told PTI.

In a recent written reply to the Rajya Sabha, Road Transport and Highways Minister Nitin Gadkari informed that a total of 10,237 km of highways was constructed in 2019-20, and 13,327 km in 2020-21. The minister has time and again highlighted that a robust road network in the country provides a means of economic progress, and the expansion of the national highways network too could further quicken the pace in this regard.

The minster also pointed out that his mission is to reduce logistics costs of the constriction as well. He noted that currently the logistics cost in the country is 16 per cent as compared to 12 per cent in China while in European countries, it is 10 per cent.

In the Union Budget this year, finance minister Nirmala Sitharaman had said that the government plans to increased the national highways in the country by 25,000 kilometres during 2022-23.