While most of the damaged vehicles included auto rickshaws and scooters, there were also a larger number of passenger vehicles like Hyundai Creta, Volkswagen Polo and luxury cars from brands like Audi.
By : HT Auto Desk
| Updated on: 20 Jul 2021, 09:16 AM

Cars, bikes and three-wheelers are seen submerged in the rainwater at an underground parking lot near Mumbai.

In a shocking case of damage to property, over 400 vehicles parked at an underground lot in suburban Kandivali were submerged after heavy rainfall hit Mumbai and its adjoining regions through the weekend and on Monday as well. It is reported that the lot even had some high-end vehicles parked here and that most of the vehicles suffered extensive damage due to water seeping inside engine bay and the cabin.

(In pics: From Mumbai to Munich and beyond, flooding slams brake on daily life)

News agency PTI reported that an activist had highlighted the figure of 400 even though Brihanmumbai Municipal Corporation (BMC) has not backed this yet. The parking lot had been constructed by Mumbai civic body and was being run by a private contractor. 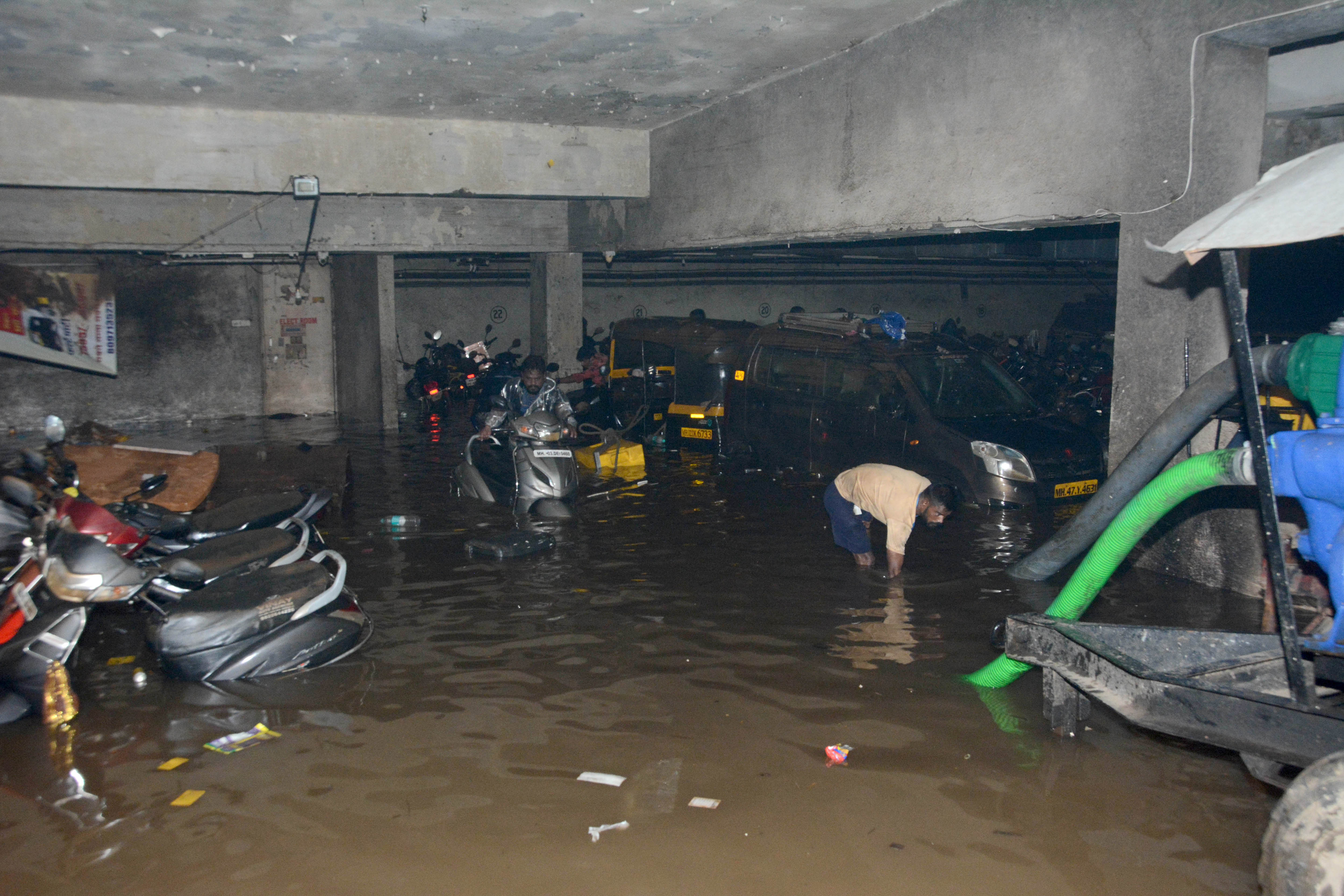 People take out their vehicles from the flooded underground parking. (HT PHOTO)

While most of the damaged vehicles included auto rickshaws and scooters, there were also a larger number of passenger vehicles like Hyundai Creta, Volkswagen Polo and luxury cars from brands like Audi.

It is reported that the rainwater kept flowing into the underground parking lot as it continued to pour outside. At one point, it is said the parking lot at 15 feet of water. And while efforts were made to pump out the water, there was still around three feet of rainwater left for most of Monday.

Local corporator Sunita Yadav was quoted as saying that while there was always some amount of rainwater that entered the parking lot in the past, the situation had been far worse this time. She is also believed to have said that the civic body ought to compensate the owners of the vehicles.

BMC is looking into the matter and has said it will look into the question of compensation for the owners of these vehicles.