Harley-Davidson left us in the dark, say dealers on India exit

Harley-Davidson dealers have said they have received a very minor compensation from the company.The dealers have appointed AZB& Partners to sight a possible legal action against Harley.
By : Prashant Singh
| Updated on: 10 Nov 2020, 03:10 PM 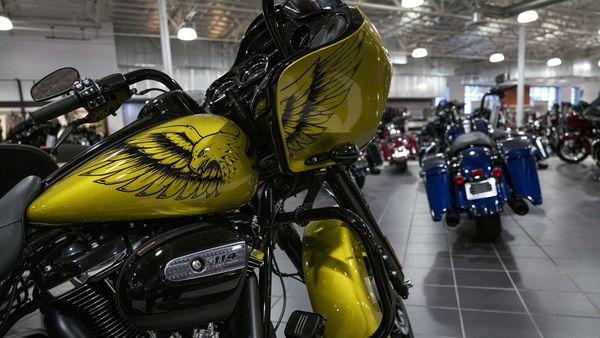 Representational Image of a Harley-Davidson dealership in the US.

As a part of its new 'Rewire' strategy, Harley-Davidson confirmed its India exit in September. The news came as a shock since Harley was the first premium motorcycle brand in the country to set up shop officially and locally manufacture its bikes in India. The company dealers said in a FADA organised conference on Tuesday that they were kept in the dark regarding the company's future plans and the news struck a huge blow as Harley-Davidson never officially informed its dealer body about its India exit.

The dealers added that they have received a 'very minor compensation' from the American motorcycle making brand which are completely inadequate. The company has backed out completely from providing any compensation to a dealer incase it transition into a Hero dealer in future, say Harley-Davidson dealers.

The company has reportedly announced a compensation package of ₹1,500 per sq. ft. with a 10% annual value-depreciated rate and a 6-month reimbursement of the margins of sale. "The support package given by the company is not equal to the loss suffered by us since August'20 after the lockdown was lifted and till Hero comes on board which will be atleast another 6 months," said an affected Harley-Davidson dealer.

The dealership body has also appointed AZB& Partners to sight a possible legal action in order to ensure a fair support package.

The company dealers are still waiting for a clarity from either Harley-Davidson or Hero MotoCorp. It is estimated that the company's network will be scaled down by more than half to 13-15 dealerships from the current count of 33.