The rapid action of cancelling the Russian GP comes closely after the defending world champion Max Verstappen and four-time champion Sebastian Vettel had publicly announced opposition to driving in the race.
By : HT Auto Desk
| Updated on: 25 Feb 2022, 07:34 PM 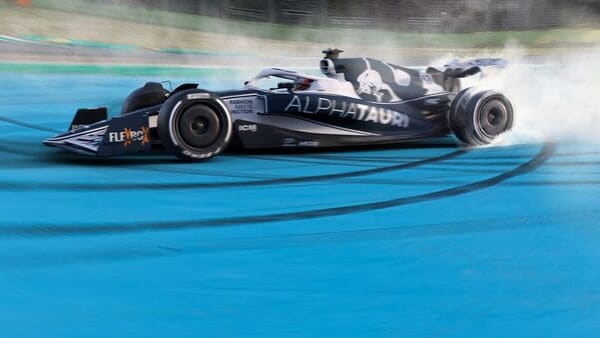 The Russian Grand Prix which was scheduled for September 25, 2022 has been called off in the wake of Russia's invasion of Ukraine, the sport's owners Formula One announced on Friday.

"On Thursday evening Formula 1, the FIA, and the teams discussed the position of our sport, and the conclusion is, including the view of all relevant stakeholders, that it is impossible to hold the Russian Grand Prix in the current circumstances," read the Formula One statement.

"We are watching the developments in Ukraine with sadness and shock and hope for a swift and peaceful resolution to the present situation."

The rapid action of cancelling the Russian GP comes closely after the defending world champion Max Verstappen and four-time champion Sebastian Vettel had publicly announced opposition to driving in the race.

Red Bull driver Verstappen said: "When a country is at war, it's not right to run there," whilst Vettel was more forthright.

"For myself, my own opinion is I should not go, I will not go. I think it's wrong to race in the country," said the 34-year-old German Aston Martin driver.

"I'm sorry for the people, innocent people that are losing their lives, that are getting killed for stupid reasons and a very, very strange and mad leadership."

This year's Russian GP was due to be the last one in Sochi which has been hosting the race since 2014. For 2023, the race is slated to move to Saint Petersburg.