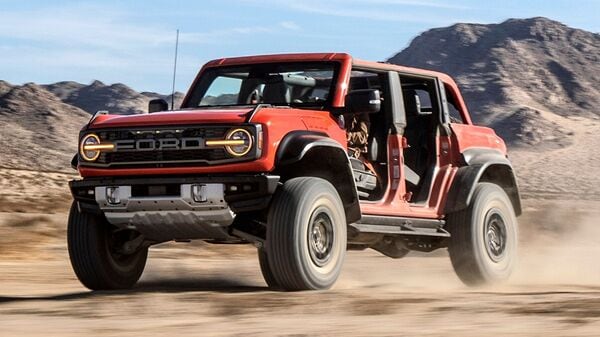 Ford has issued a recall for 63,294 units of the 2022 Bronco and Ranger SUVs in the US due to an issue that could cause the windshield of these vehicles to fall out in a crash. The recall covers 39,063 units of Broncos and 24,231 units of Rangers. The windshield issue is happening because there is inadequate urethane adhesion around the glass which could lead to increased wind noise or water leaks, and the panel can even fall out in a crash.

The affected units of Bronco SUVs were built by Ford between December 8, 2021, through April 12, 2022, while the affected Rangers were assembled between December 17, 2021, through April 12, 2022. Ford first found out about the the defect after receiving a report about a customer's Bronco, which lacked adhesive on the windshield. Then, the automaker's Critical Concern Review Group investigated the situation on April 7, and found that eight out of 65 inspected units had improper adhesion. Additional research led to finding 16 more affected Broncos.

For then investigated this issue for Ranger because the two models have a similar windshield installation process. Initial research found that three out of 14 inspected trucks had inadequate adhesion. An expanded investigation at a later date in May and June found out that there were more vehicles with this issue, and thus, Ford decided to conduct a recall.

Ford has stated that the cause for this issue still remains unknown. The company is also not aware of any accidents or injuries that may have occurred due to this issue. The company will start issuing notifications to owners of affected vehicles from July 11. To fix the problem, dealers will remove and reinstall the windshield using a method that improves body adhesion.