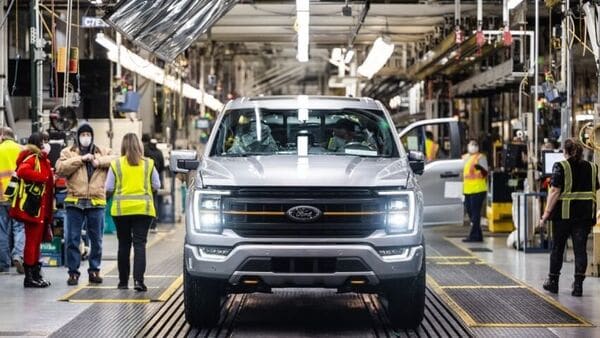 Ford Motor Company is celebrating the production of the 40-millionth F-Series model for its US customers. The 40 millionth truck that rolled off the production line at the Dearborn Truck Plant in Michigan was a 2022 F-150 Tremor in Iconic Silver paint. The truck is headed to its new owner in Texas.

Ford's F-Series models are one of the most popular vehicles in the US and the company recently announced that it will nearly double the annual production capacity of its F-150 Lightning electric pickup to 150,000 units. The union-built Ford F-150 Lightning pickup has already garnered nearly 200,000 reservations ahead of its arrival at the dealerships this spring.

More than 75 per cent of reservation holders are new to the brand. Last month, Ford CEO Jim Farley told CNBC host Jim Cramer that the company had to stop taking reservations for the 2022 Lightning because it had already garnered a large number of reservations. In the interview, Farley had also hinted at doubling the production capacity for the model over the next two years at the company's Rouge factory near its Dearborn, Michigan headquarters.

Further, the automaker will have the annual capacity to build 600,000 units of electric vehicles globally within 24 months, and that is when it aims to become ‘the No. 2 electric vehicle maker in North America’, behind Tesla. The carmaker plans to build its future electric vehicles in places include the United States, Canada, Mexico, China and Germany, as per industry researcher AutoForecast Solutions.