Citing popular brands like Toyota and Hyundai, he said when these can manufacture flexi engines in Brazil why can't they do so in India where consumers can choose from various options including the alternative fuel.
By :
| Updated on: 27 Nov 2019, 04:03 PM 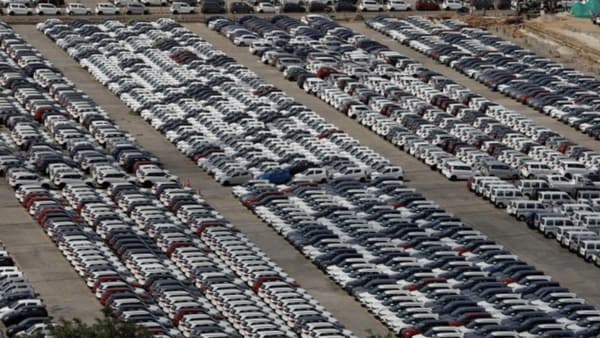 Gadkari also stressed the need for diversifying agriculture towards power and energy to meet the goal of bio-fuel generation.

"I am giving you the confidence from the government that we are all supporter of this sector...you have a lot of apprehensions about the future policy but the government is keenly interested to support and encourage you for new development (alternative fuel vehicles). ....go ahead with old manufacturing but also encourage alternative fuel," Gadkari said addressing 'NuGen Mobility Summit 2019'.

He said the government's approach is "import substitute, pollution-free and cost-effective" alternative to crude oil and the prime minister has specially given instructions to the Cabinet Secretary and Principal Adviser to work in this direction including on coal gasification and making methanol from that.

"The problem which is related to our economy is that our import bill is 20 percent of our capital cost...it is a big economic challenge for the country. ..This is the time we have to find out some solution," the minister said stressing that the automobile sector is one sector which provides good revenue to the government with maximum employment potential.

Promising that the problems of the automobile sector will be resolved, Gadkari said the intention of the government was not to create obstacles for them.

Citing popular brands like Toyota and Hyundai, he said when these can manufacture flexi engines in Brazil why can't they do so in India where consumers can choose from various options including the alternative fuel.

The road, transport and highways minister said India is the fastest growing economy and by 2030 it is expected to become the third-largest economy in the world.

Apart from crude oil imports, another major problem faced by the economy is in the agriculture sector with surplus production of sugar, rice and wheat, he said adding that there is a need for diversification of agriculture and forest towards producing alternative fuel power and energy.

"Meerut Express Highway being constructed for ₹9,000 crore is going to be completed before March...My ministry is spending ₹50,000 crore for road construction around Delhi," he said.

Besides, he said 60 percent of the contracts for ₹one lakh crore Delhi-Mumbai express highway on a new alignment passing through tribal areas have already been awarded and it would prove to be a growth engine for the country.

On policy related to the scrapping of old vehicles, he said it is in final stages and India will become the biggest automobile hub after the policy comes into force given the availability of cheap labour, skilled manpower and technology.