Ferrari plans expansion of its Italian factory for electric vehicles 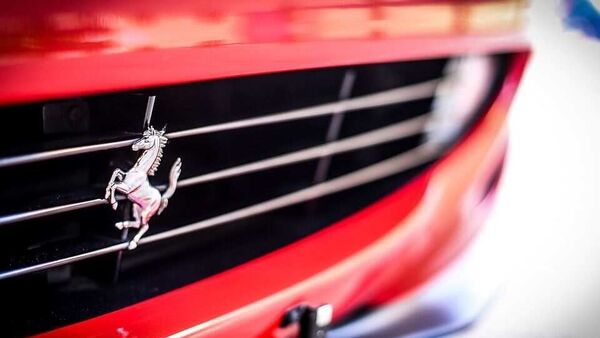 Ferrari is planning to expand its northern Italy factory significantly as part of its electrification goals, sources said. According to a report by Bloomberg, sources familiar with the matter shared that Ferrari has acquired space near its Maranello plant and is already in the process of clearing up the way for setting up a third production line that will focus on hybrid and electric vehicles. Ferrari is also aiming to establish a new battery research and development centre as a part of this expansion plan.

It is expected that Ferrari's CEO Benedetto Vigna is expected to share Ferrari's plans for electric vehicles and business for the next four years by June 16. Earlier this year, when Vigna took over to lead the luxury automaker, it was reported that though Ferrari is sluggish with electrification, the CEO of the brand is going to focus on building up an EV strategy. It has been reported that Ferrari will bring its first fully electric vehicle in 2025.

After Vigna started, Ferrari underwent an organisation restructure as multiple executives were brought in from his former employer, STMicroelectronic. Ferrari also partnered with chipmaker Qualcomm Inc to work on more digital car cockpits.

Currently, Ferrari is working to bring its first SUV Purosangue which the brand confirmed will come with a V12 engine. The Ferrari Purosangue SUV will be unveiled in the coming months and the premium auto company plans to produce this model in small batches. Some previous reports have suggested that the upcoming Ferrari SUV could be offered only to existing Ferrari owners. When introduced, Ferrari Purosangue SUV will rival the likes of the Lamborghini Urus SUV which recently touched a production milestone of 20,000 units globally.