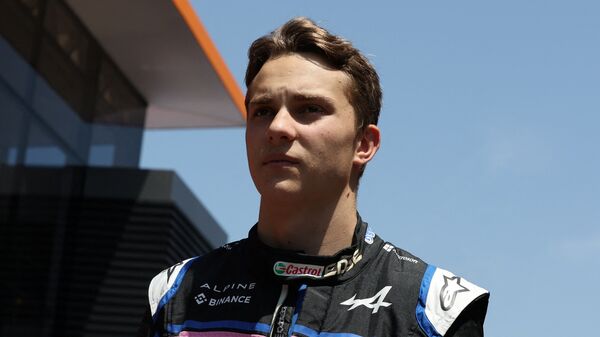 Alpine's F1 driver Oscar Piastri ahead of the Spanish Grand Prix at the Circuit de Barcelona-Catalunya in Barcelona, Spain.

After the whole transfer drama over the past week, Alpine's reserve driver Oscar Piastri's future is now clear. He has signed a deal with Formula 1 team McLaren for the next season. Piastri will replace Daniel Ricciardo for the Formula 1 season next year. His move comes after Alpine saw Fernando Alonso sign up with Aston Martin. Earlier, the F1 team owned by Renault had announced that Piastri will replace Alonso in their lineup.

Last week, Alpine had announced Piastri will replace Fernando Alonso next season after the two-time champion's shock move to Aston Martin. Alonso's move came after Aton Martin's four-time world champion Sebastian Vettel decided to end his Formula 1 career at the end of this season. However, Piastri stunned everyone by denying his promotion. He took to Twitter to confirm, "I will not be driving for Alpine next year," which came as an embarrassment for the French F1 team.

Formula 1 Association's contract recognition board has validated Piastri's new contract with McLaren at the expense of his existing deal with Alpine. The board ruled that there is no valid contract between Alpine and Piastri, which allowed McLaren to finalise its deal with Piastri.

Australia-born Piastri started racing remote-controlled cars at the age of six years. By nine, he had graduated to piloting go-karts. Piastri had joined Alpine as a backup driver after he won the Formula Renault Eurocup title in 2019. He won the Formula 3 series in 2020 by three points in one of the most closely fought championships ever. Last year, Piastri won six races in the Formula 2 series. He became the third rookie champion after Charles Leclerc in 2017 and George Russell in 2018.

For next year, Piastri will team up with Lando Norris at McLaren, while Alpine is left with Esteban Ocon as their primary F1 driver. There is no confirmation who will take the second seat in the French team. As for Daniel Ricciardo, there is no news of him moving to any other team as of yet.