EV charging while driving: This startup advances with project to electrify roads

The startup plans to install 600 meters of coils under a 2-km stretch of road in Tel Aviv in mid-August.The coils transmit electricity from a city’s power grid to a receiver attached to the belly of a vehicle, allowing for continuous charging while driving.
By :
| Updated on: 02 Jun 2020, 10:43 AM 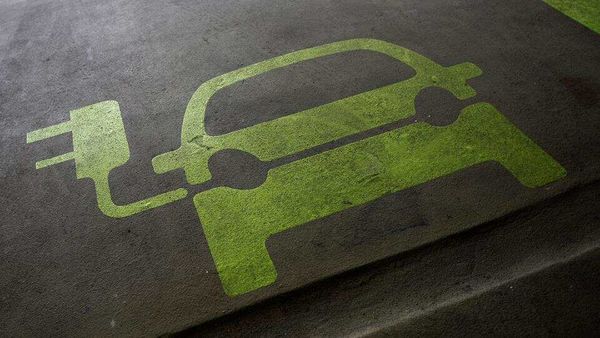 The startup plans to install 600 meters of coils under a 2-kms stretch of road.

Electreon Wireless Ltd. is pressing ahead with projects to test its technology that allows electric cars to be charged while driving, potentially demonstrating a way to overcome a key barrier to the mass adoption of the vehicles.

The startup plans to install 600 meters of coils under a 2 kilometer (1.2 mile) stretch of road in Tel Aviv in mid-August, Chief Executive Officer Oren Ezer said in an interview Tuesday at Electreon’s offices in Beit Yanai, Israel.

The company is now in the final stages of coordinating the engineering work with various groups like the municipality, utility companies and internet providers. Electreon will then test-run an electric-powered bus fit for public transportation on the track, he said.

The following month, the company expects to run a similar trial in Gotland, the Swedish island where it successfully tested a long-haul heavy truck in February, Ezer said. The coronavirus pandemic slowed the project, but it aims to finish deploying 1.6 kilometers of coils across 4.1 kilometers of road, where the bus will serve as a shuttle between the airport and the city.

The coils transmit electricity from a city’s power grid to a receiver attached to the belly of a vehicle, allowing for continuous charging while driving. Though nations are pushing for broader adoption of electric vehicles -- China will ban autos with internal combustion engines from 2040 -- charging efficiency is a key sticking point to their mass introduction. It can take between 30 minutes to several hours to recharge those batteries either at home or in stations scattered throughout cities.

“That’s a waste," Ezer said. “When you imagine a world where you step outside and order a robotaxi from Uber or whomever -- you think those companies will wait five hours to charge their cars?"

Other companies like Siemens AG have developed competing electric road technologies, trying them out in Sweden and South Korea, though none have gained much traction. Electreon says it can electrify all of Tel Aviv’s main roads for $150 million, and the firm recently signed an agreement with German utility EnBW to test the technology in the city of Karlsruhe.

Like other so-called green energy businesses, the up-front costs are higher than for traditional public transportation. A gas-powered “medium class" bus, the sort that is typical in urban public transportation, costs about $180,000, and an electric version is about twice that, Ezer said.

(Also read: How China is trying to salvage its bruised electric-car industry)

Most of the premium derives from the large electric battery, Ezer said. Electreon’s technology shrinks the gap to about $20,000 per unit since buses would require a far smaller battery, he said.

Electreon “offers significant cost advantages," Tiran Rothman, an analyst at Frost and Sullivan, wrote in a May 25 report. Getting the various municipal bodies to cooperate on such a project remains a risk for global expansion, he said.