Europe's car-sales outlook is bleak after worst year in decades

According to industry associations and transport ministries, registrations fell by about 25% last year across Germany, the UK, France, Italy and Spain.Germany’s new-car registrations dropped roughly 20% in 2020, based on preliminary data from the Federal Motor Transport Authority
By :
| Updated on: 07 Jan 2021, 04:23 PM 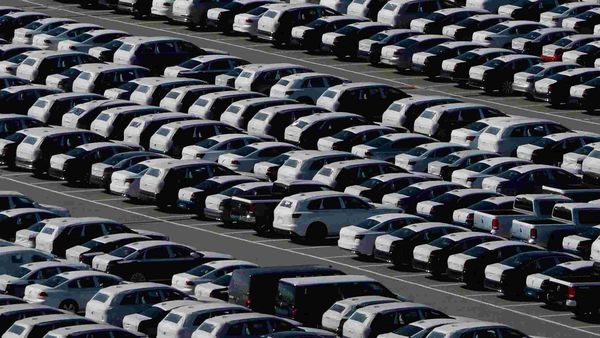 Registrations fell by about 25% last year across Germany, the UK, France, Italy and Spain, Europe’s five largest car-buying countries, according to industry associations and transport ministries. The resurgence of Covid-19 led several governments to re-implement lockdown measures that are likely to drag on demand into early 2021.

Germany’s new-car registrations dropped roughly 20% in 2020, based on preliminary data from the Federal Motor Transport Authority, which will post detailed numbers Friday. Figures released earlier this week showed sales plunged 32% in Spain, 29% in the UK, 28% in Italy and 25% in France. The UK auto industry’s trade group said the country’s decline was the worst since 1943.

The data show the outsize impact the coronavirus had on Europe’s car industry last year relative to China and the US, where car-buying was more resilient. Ongoing weakness in demand poses a risk to the euro-area economy, which relied heavily on the manufacturing sector in staging a recovery in the second half of last year.

“We are in a deep crisis," Pierre-Louis Debar, head of statistics for French car-industry group CCFA, said in an interview. “It’s more extensive than anything we’ve seen in the past."

Bloomberg Intelligence analyst Mike Dean said the European auto market could pick up in the second quarter if governments lift lockdowns. Still, BI anticipates sales to finish 2021 down about 15% from 2019.

“The first quarter of 2021 will be difficult," Dean said.

Electric vehicles have been a bright spot within the region’s malaise, with BI estimating that hybrid, plug-in hybrid and battery-powered vehicles exceeded sales of diesel cars last quarter for the first time. The European Automobile Manufacturers Association will release Europe-wide registration data on Jan. 19.

Germany’s KBA on Wednesday said sales of purely electric cars rose more than 200% for the year, with Volkswagen AG seizing a 17% share of the segment, followed by Daimler AG’s Mercedes-Benz at 15%.