Tesla in Russia? Elon Musk says he is keen to open production hub for EVs 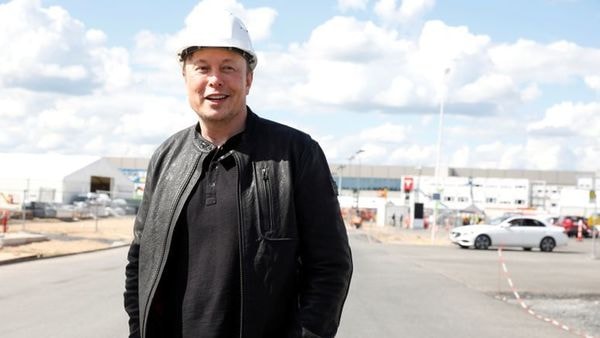 Tesla CEO Elon Musk looks on as he visits the construction site of Tesla's gigafactory near Berlin, Germany. (File photo)

Tesla CEO Elon Musk has announced that his US-based electric vehicle manufacturer is all set to enter the Russian automotive market. Addressing an event in Russia via video link, Tesla boss Musk said that his company is also keen on opening business in other neighbouring countries like Kazakhstan and the CIS countries soon.

Musk said the company is considering Russia as one of the possible locations for its second Gigafactory, Tesla's facility to produce electric vehicles, in the European continent.

"I think we will soon be present in Russia. I think it will be amazing. We also need to look more broadly at Kazakhstan and other CIS countries. This is important to us," he said.

Elon Musk also said that all transport will be electric in the future, with the exception of rockets. He recently said, "“Driving a gasoline sports car is going to feel like a steam engine with a side of quiche."

During the conversation, Elon Musk urged the United States and Russian government to hold dialogue at a time when their ties are languishing at post-Cold War lows.

"There is a lot of talent and energy in Russia and I think there should be more dialogue and communication between Russia and the United States," Musk said via video link at a forum on Russian education in Moscow.

Tesla, the leading electric vehicle manufacturer based in California, has only one gigafactory outside United States. The Tesla production facility in Shanghai, China was also its second globally.

(Also read: 0 to 100 in 1.1 seconds? SpaceX package may make Tesla Roadster quickest ever)

Tesla is currently trying to start up its first gigafactory near Berlin in Germany, while its second US plant in Texas is all set to begin production soon.

Tesla is also planning to open a manufacturing facility in Asia, but outside China, in its plans to expand market in the sub-continent region. Tesla has already set its foot in India, one of the biggest car markets in Asia, where it will start selling its electric cars soon