A private jet carrying Elon Musk made a stop just outside of London for more than a day.Elon Musk has previously said Tesla could consider a plant in the UK.
By : HT Auto Desk
| Updated on: 21 May 2021, 09:42 AM 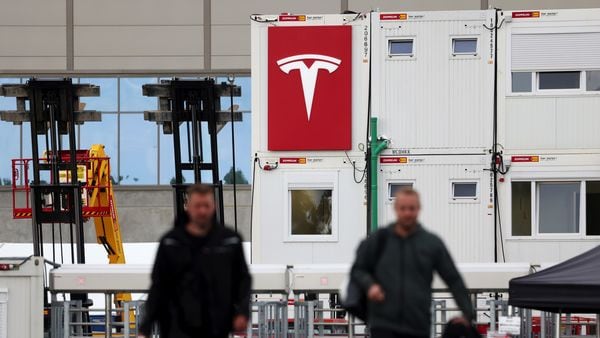 Tesla is on a path towards global domination when it comes to electric mobility and much of its world ambitions depends on having more production facilities even as it looks to cater to demand in existing markets as well as new markets it has either entered or plans to make debut in. While Shanghai in China became home to the first Tesla plant outside of the US in 2019, work on a massive facility in Berlin is expected to be completed by the end of this year. Work on a facility in Texas has also begun but rumours have now emerged that the EV company may also be looking at a plant in the UK. This after CEO Elon Musk recently had a stopover here.

Several British news outlets reported that Musk's private plane made a stop at an airport near London for more than a day. This came around the same time that BBC reported a UK government search for a site for an unknown project. While Tesla and the UK government haven't made any official statements, speculation is rife that a Tesla plant may be in the works.

This, though, is hardly the first time that such speculations have emerged. Musk himself had said in the past that Tesla could consider having a plant in the UK and his previous visits to the country made many wonder if it is to hunt for a possible site.

The UK is a key market for Tesla and the company had delivered more than 7,300 cars here in the last quarter. It could be an even more significant place for a site if Tesla enters newer markets which mandate right-hand-drive cars.

But a Tesla facility could also mean a big boost for the UK as such facilities are known to generate employment by the thousands and contribute towards revenue generation in the form of taxes paid.