Although India is Asia’s third-biggest economy, it hasn’t rolled out the welcome mat for EVs, unlike neighbor China, where Tesla set up its first factory outside of the US.
By : Bloomberg
| Updated on: 20 Jan 2021, 10:48 AM

Tesla has registered its Indian arm amid indications that the company is set to enter the country's automobile market. (File photo)

Elon Musk all but confirmed Tesla Inc. will enter India last week, sparking jubilation among fans, some of whom have had their electric cars on order for years. But it may prove the company’s hardest yet market to crack.

The world’s richest man on January 13 tweeted “as promised" in response to a report on a Tesla-focused blog that the automaker was in talks with several Indian states to open an office, showrooms, a research and development center -- and possibly a factory.

“It’s really happening," said Nikhil Chaudhary, a 20-year-old student at the University of Delhi who helped start India’s Tesla fan club in early 2019, adding he “went crazy" when he heard the news.

Arun Bhat, 34, a company director in Bengaluru, the city formerly known as Bangalore, was similarly overjoyed, saying that at last there’s a possibility he’ll be able to get behind the wheel of the Tesla Model 3 he ordered in 2016.

For all the hype, Tesla’s foray into India is far from a done deal. The company is in discussions with state officials but is yet to decide on an Indian base, according to the Tesmanian blog post that triggered Musk’s response, which came after months of unsubstantiated speculation in local media. A Tesla representative in Beijing declined to comment.

Although India is Asia’s third-biggest economy and home to a budding middle class, it hasn’t rolled out the welcome mat for EVs, unlike neighbor China, where Tesla set up its first factory outside of the US and now dominates electric-car sales.

EVs account for about 5% of China’s annual car sales, according to Bloomberg New Energy Finance, compared to less than 1% in India. And most market watchers expect China to power ahead of other countries when it comes to EVs in the near term, thanks to generous government subsidies, a hankering for greener vehicles among the nation’s young, upwardly mobile population and solid charging network. 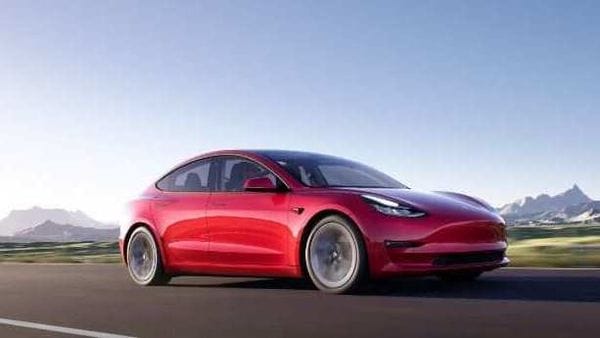 Tesla Model 3 will likely be the first offering in India

According to the International Energy Agency, around 60% of the world’s public slow- and fast-charging spots are in China. As Chinese carmakers roll out competitive EV models and develop a diverse ecosystem, the country is “heading toward disrupting the current global auto industry landscape," UBS Group AG analysts wrote in a report last month.

India has been making moves but they’re not on the same scale.

In 2015, it launched a Faster Adoption and Manufacturing of Hybrid and EV (FAME) plan, with a 9 billion rupee ($123 million) commitment to subsidies that cover everything from electric tricycles to buses, according to the IEA. A second generation of the FAME program introduced in 2019 was larger, with 100 billion rupees to encourage EV purchases and build out charging infrastructure.

India also cut the goods and services tax on EVs to 5% from 12%, effective August 2019, much lower than the levies of as much as 28% slapped on other motor vehicles, which have attracted criticism from companies like Toyota Motor Corp.

But contrast that to China, where utility State Grid Corp. of China committed to spending 2.7 billion yuan ($416 million) on charging stations in 2020 alone. In another sign of China’s much-larger commitment, state-owned China Southern Power Grid Co. said it planned to invest 25.1 billion yuan on charging infrastructure over four years. Those outlays come after several years of heavily subsidizing consumer EV purchases to kickstart the market.

Cost will also be a major stumbling block.

India’s FAME programs won’t do much to help lower the price for would-be Tesla customers, since the upper limit for an EV to qualify for subsidies is 1.5 million rupees. Teslas will cost more than that and therefore won’t be eligible, according to BNEF analyst Allen Tom Abraham.

An entry-level China-built Tesla Model 3 starts at 265,740 yuan, or around $40,960, while the Model Y sports-utility vehicle crossover out of Shanghai, which can run for almost 600 kilometers (373 miles) on one charge, costs from 339,900 yuan. With export expenses on top of that, the sticker on a Tesla retailed in India would put it beyond the reach of most drivers.

About 75% of all Indian auto sales occur in the $10,000 and under bracket, about half the average price in China and just 25% of the average in the U.S. That means even Tesla’s most affordable car will likely appeal to only about 1% of the market, Singapore-based Abraham said. “The volumes they can expect in a market like India will be really, really small," he said. 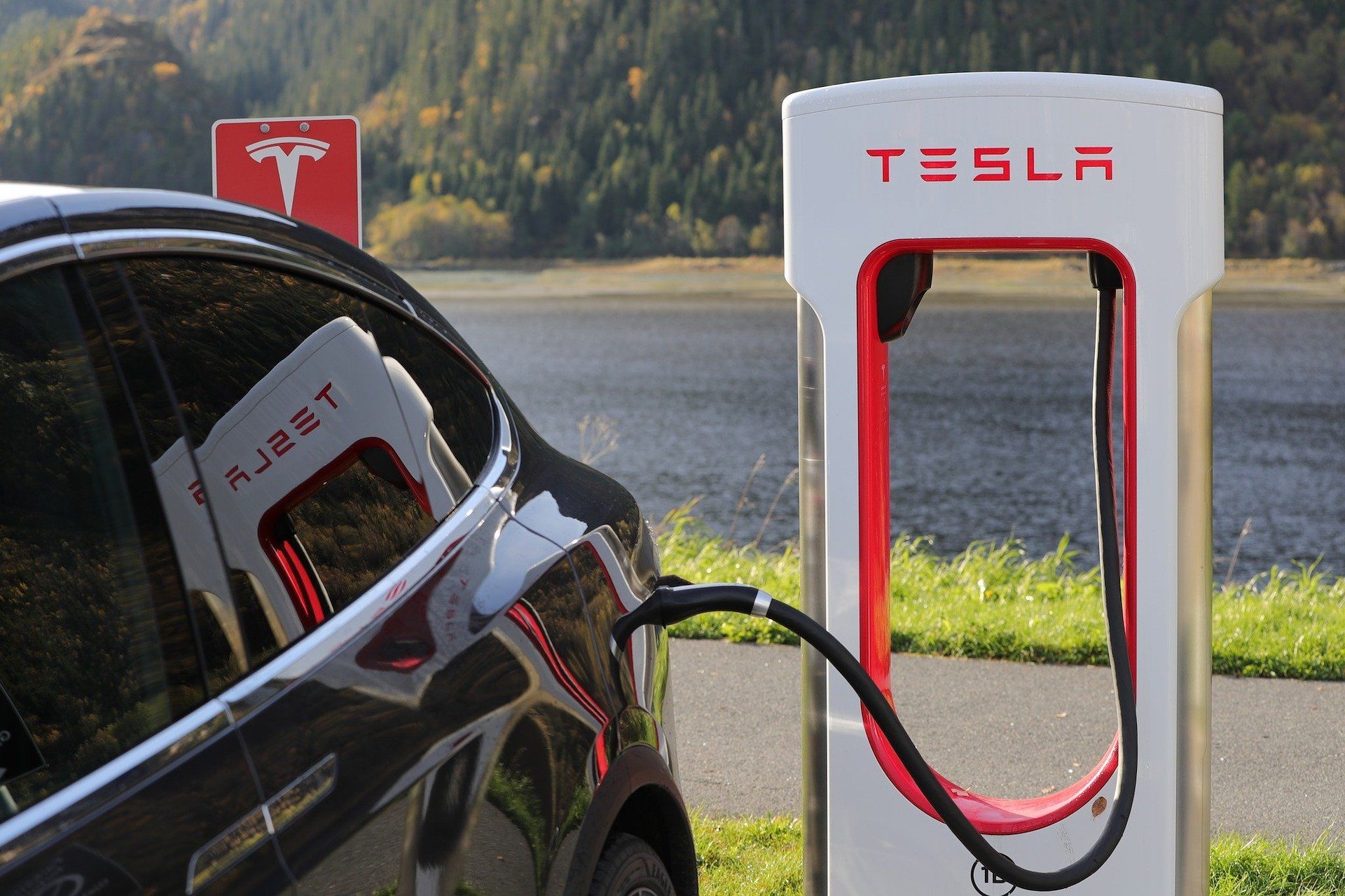 Still, the Indian EV market is growing and could be worth almost $206 billion in the coming decade, according to a study by the CEEW Centre for Energy Finance, which noted an investment of more than $180 billion would be required by 2030 to achieve that.

And in a country as large as India, a product with a small market share could turn out to be worthwhile for Tesla, especially given the company’s strong brand awareness among affluent and environmentally conscious Indians. “Education about solar and EVs is essential," Chaudhary writes on the Tesla India fan club website. “We have to educate people about sustainable energy. We need to tell people the positive impact on their lives."

According to Rajeev Singh, a partner and automotive leader at Deloitte India, Tesla is already a well-known name -- “there’s a pull from the brand perspective" -- and India’s luxury car segment is also poised to grow by around 15% over the next five to seven years, about double that of the total market, Deloitte forecasts.

While it’s unclear how seriously Musk is thinking about the prospect of one day making cars in India, the government is reportedly trying to lure big-name manufacturers, and Tesla would be the ultimate catch -- like it was for China.

Prime Minister Narendra Modi’s administration is planning to offer about 1.7 trillion rupees in incentives to attract global companies to set up manufacturing, people with knowledge of the matter said in September. The nation has had some success, with about two dozen firms including Samsung Electronics Co., Hon Hai Precision Industry Co., known as Foxconn, and Wistron Corp. pledging to establish mobile-phone factories.

Teslas, however, are likely to be imported, at least initially. Even an enthusiast like Bhat -- the Bengaluru-based company director who currently drives a Hyundai Kona EV -- is realistic about the challenges. “Until there’s a local assembly plant, it will be a niche product," he said.