Elon Musk has recently blamed the chip shortage crisis behind rising prices of Tesla cars.
By : HT Auto Desk
| Updated on: 04 Jun 2021, 08:58 AM 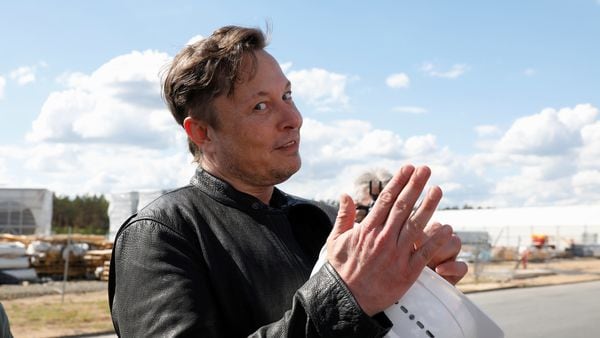 Tesla CEO Elon Musk has once again raised concerns over the ongoing chip shortage crisis that has hit the carmakers around the world as an added challenge besides the Covid-19 pandemic.

Musk, who recently blamed the crisis behind frequent rise in price of some of the Tesla cars this year, compared it to a hypothetical toilet paper crisis to drive home his point.

Replying to one of the Twitter users in inimical style, Musk tried to show deeply the crisis has impacted the auto manufacturing world. He wrote, "Our biggest challenge is supply chain, especially microcontroller chips. Never seen anything like it. Fear of running out is causing every company to over-order – like the toilet paper shortage, but at epic scale."

Tesla and Elon Musk have been facing questions on social media over price increase on some of the electric vehicle models. Tesla has increased prices of its Model 3 and Model Y electric cars five times in a matter of months. The hikes started in February this year and, since then, price has been increased on these two Tesla electric vehicles every month till June.

According to reports, Tesla is forced to hold around 20,000 units of Model 3 and Model Y cars because of a missing part. Tesla had admitted earlier that it has been going through some of the most difficult supply chain challenges.

Defending the decision to hike price of Tesla cars, Elon Musk had said, ""Prices increasing due to major supply chain price pressure industry-wide. Raw materials especially." However, he believes the crisis will not last too long. "That said, it’s obv not a long-term issue," Musk wrote in reply on Twitter.

Our biggest challenge is supply chain, especially microcontroller chips. Never seen anything like it.

Fear of running out is causing every company to overorder – like the toilet paper shortage, but at epic scale.

That said, it’s obv not a long-term issue.

Elon Musk's reaction comes at a time when almost every single carmaker around the world are facing the chip shortage crisis. Several auto manufacturing companies have been forced to shut down production due to the crisis. Lack of key components, like semiconductors, have resulted in less number of deliveries for auto companies as well as prices of used cars going up.

The crisis is one of the possible reasons why Tesla too has been forced to delay deliveries of its Model S Plaid, which was scheduled to start from today. It has now been pushed back by at least a week.