Tesla recently reported a rise in its first-quarter profit, indicating an increase in the electric vehicle sales.As per CEO Elon Musk, Tesla Model 3 became the best-selling premier sedan in the world.
By : HT Auto Desk
| Updated on: 28 Apr 2021, 04:20 PM 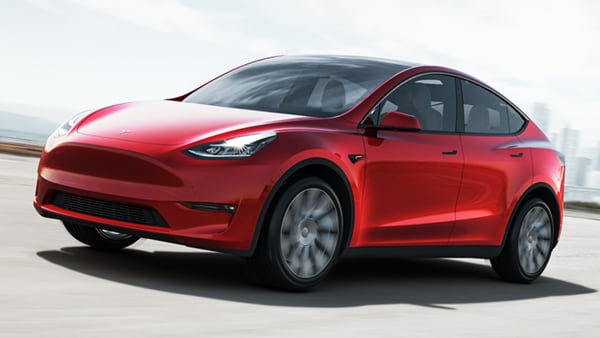 Tesla CEO Elon Musk has made an audacious claim on Twitter that the Model Y will become the world’s top-selling vehicle of any kind in either 2022 or 2023. The CEO made the claim during the carmaker's Q1 earnings call.

Replying to a TSLA investor's tweet about the claim, Musk wrote, "Seems quite likely at least based on revenue in 2022 & possibly total units in 2023." The investor also pointed out that currently world's top-selling car is Corolla with 1.5 million units being sold per year.

To achieve the feat that the EV giant's CEO is talking about, Tesla will have to significantly ramp up sales of the Model Y. Tesla has predicted approximately 50 per cent sales growth year over year for its Model 3 and Model Y. But even if this is achieved, deliveries of the electric sedans will only hit 663,000 combined in 2021 and 994,500 in 2022, as per CarScoops.

Recently, Tesla reported a rise in its first-quarter profit, indicating an increase in the electric vehicle sales. The EV maker also said that it is planning to expand the automotive capacity at its factories. The confidence comes as, according to Musk, the Tesla Model 3 became the best-selling premier sedan in the world. “Only three and a half years into production and with just two factories, for Model 3 to be out-selling its combustion engine competitors is quite remarkable," he said.

Tesla also remained consistent with its output from the fourth quarter despite the challenge of semiconductor shortage being faced by the automobile industry.