The air quality and pollution situation in the national capital has attracted the attention of Supreme Court and CAQM.
By : HT Auto Desk
| Updated on: 22 Jun 2022, 10:10 AM 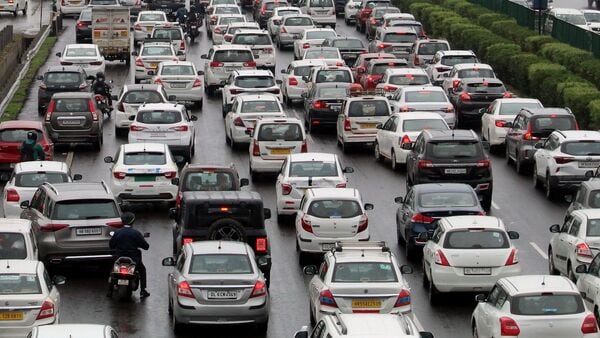 File photo of traffic used for representational purpose only

The Delhi government has urged the Haryana government to check old vehicles entering the national capital and allow only those with BS 6 compliant engines to enter. With this, the city aims to curb vehicular pollution, which as per the officials, is contributed in part by vehicles coming from Haryana. The national capital has been making efforts to curb air pollution which leads to a deterioration of air quality in the city.

The air quality and pollution situation in the national capital has attracted the attention of Supreme Court and CAQM (Commission of Air Quality Management in Delhi and NCR), as per a letter written by O P Mishra, special commissioner, Transport on June 15. The institutions have directed the national capital to effectively regulate the air quality and vehicular pollution in the city.

The letter was addressed to Navdeep Singh Virk, principal secretary, Transport, Haryana. It also mentioned that as per the National Green Tribunal orders diesel vehicles above 10 years of age should not be allowed to ply in the NCR region. “It is important to mention that the public transport in Delhi has been switched completely to CNG, while buses plying from other states to NCT of Delhi continue to use diesel," the letter stated.

The letter urged all stakeholders including the neighbouring states to contribute to the cause in order to achieve tangible result. "Therefore, I seek your support to deal with the problem of vehicular pollution deploying only BS 6 complaint buses destined to Delhi w.e.f 01 10.2022," the letter read.

The Supreme Court order dated October 14, 2018, had directed that no motor vehicle conforming to the BS 4 emission standard shall be sold or registered in the country from April 1, 2020. Only vehicles compliant with the BS 6 emissions norms will be allowed to be sold in the country.