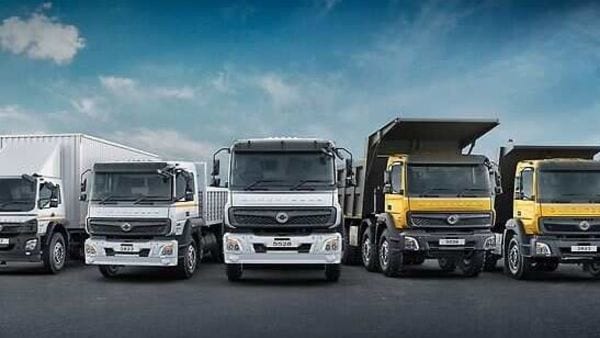 Daimler began production of heavy-duty trucks in India since 2012.

Daimler India Commercial Vehicles, a subsidiary of Stuttgart-based Daimler has retailed more than one lakh BharatBenz range of trucks after commencing production in 2012 at the Chennai facility, the company said on Tuesday.

"DICV achieved yet another major milestone during the first quarter of 2020. Within eight years of start of production in 2012, the company has sold more than one lakh medium and heavy duty trucks in India," the company said.

This marks an unprecedented ramp-up in the world's toughest commercial vehicle market, it said.

"We are very proud to celebrate this milestone and look forward to (achieve) many more," he said.

The company said Daimler Buses has sold more than 4,500 BharatBenz buses in India with the commencement of operations in 2015.

Since 2012, DICV has exported more than 30,000 vehicles under various brands to more than 50 markets.

The company has exported 130 million parts to other plants within the production network of Daimler Trucks since 2014.

DICV managing director Satyakam Arya said, "DICV is real proof of the Make in India concept. We combine Daimler's worldwide network and long history of engineering with India's ingenuity and frugality. That's how we have exported over 13 crore parts from India to all over the world."

Daimler India has a 400 acre manufacturing facility with an overall investment of ₹5,500 crore at neighbouring Oragadam.

The company has research and development, training operations also at the facility.