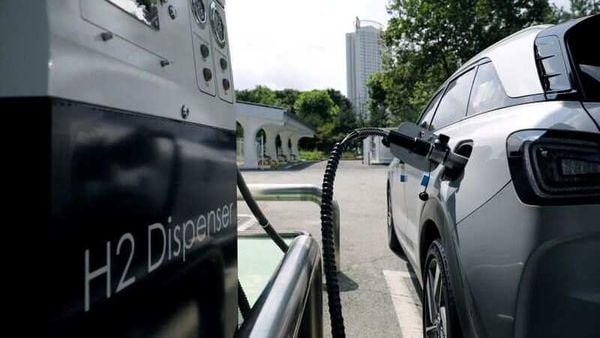 China’s biggest vehicle maker is accelerating a push into alternative energy, targeting a lead in hydrogen cars as it moves beyond gasoline and electric autos.

SAIC Motor Corp. plans to gain 10% of China’s hydrogen-vehicle market by 2025 as global automakers step up development of clean-energy cars to help protect the environment. The company will add at least 10 hydrogen models over the next five years, it said in a statement.

The nascent hydrogen-vehicle market globally is dominated by companies such as Japan’s Toyota Motor Corp. and Canada’s Ballard Power Systems Inc. China’s government is putting its policy might behind the technology -- just as it has done with battery-electric vehicles -- encouraging more companies to participate.

The government wants 1 million fuel-cell vehicles on the roads in a decade and is spending hundreds of millions of yuan to subsidize purchases and spur research and development. And, as seen with battery-powered cars, a slew of startups and established companies are trying to capitalize on the policies.

SAIC, based in Shanghai, said it targets a valuation of 10 billion yuan ($1.46 billion) for its hydrogen fuel-cell development arm in the next five years.

Shares of the company gained 1% as of 10:31 a.m. in Shanghai. They have lost 20% this year. SAIC makes cars with partners including Volkswagen AG and General Motors Co. in China.