China and electric cars offer automakers hope after a dire 2020 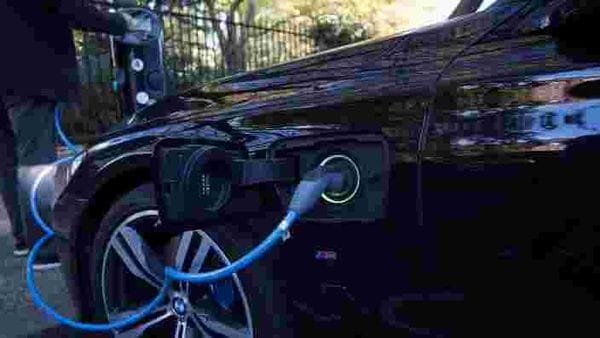 Representational file photo: A driver plugs a cable into a Source power point to charge his electric car.

Sales of luxury cars in China and electric drives in Europe were the two bright spots for European automakers in a 2020 blighted by the COVID-19 pandemic, company updates showed on Tuesday.

Volkswagen, the world's biggest carmaker, reported a drop in sales at its core VW brand of just over 15% against 2019.

"2020 was a turning point for Volkswagen and marked a breakthrough in electric mobility," said Ralf Brandstatter, head of the VW brand.

Rival BMW saw sales rise 3.2% in the fourth quarter and ended 2020 down 8.4%. But the carmaker, which also owns the Mini and Rolls-Royce brands, said sales were up 7.4% in China, its best performance since entering that market in 1994.

Meanwhile, Daimler's Mercedes-Benz brand, which reported figures on Friday, remained the world's top-selling luxury carmaker for the fourth year running. While global sales fell 7.5%, the premium brand saw sales in China increase 11.7%, including a 22% jump in the fourth quarter.

The race is now on to develop EVs to meet emissions targets and challenge market leader Tesla.

The major carmakers need to produce large numbers of EVs to achieve economies of scale and make them profitably, and 2020 gave some hope they may be on course to achieve that.

EVs were the only good news in an otherwise bleak 2020 for France's Renault, which underperformed the global and European car markets.

While Renault's group sales fell more than 21%, its EV sales in Europe leapt more than 101%. The company confirmed it had met its 2020 EU emissions targets, thus avoiding fines.

BMW said global EV sales rose 31.8% versus 2019 and accounted for 15% of sales in Europe, "meaning electromobility is also a significant growth driver for the company in absolute terms."

The carmaker said that by 2023 it would almost double its line-up of electrified vehicles to 25 models, with more than half of them fully electric.