A German investor lobby group has asked BMW to be more frugal about paying dividends, given that it’s asking for state-funded car-buying incentives and is sending thousands of workers home at reduced wages.BMW defended itself saying the impact of the crisis will reflect in next year’s dividend.
By : Bloomberg
| Updated on: 15 May 2020, 13:51 PM 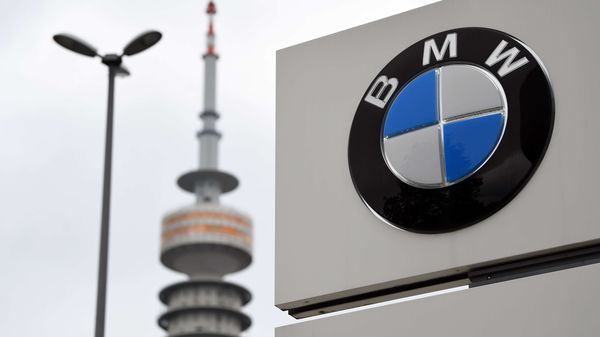 File photo: A glimmer of hope for BMW’s sales is coming from China, where the company saw sales increase by 14% in April compared to the year before.

BMW AG’s plan to pay out $1.8 billion in dividends while the coronavirus crisis drains the German carmaker’s cash reserves is drawing the ire of investors.

“Shouldn’t you keep your money out of the rain in such a situation?" Daniela Bergdolt, an executive for DSW, asked in a written statement submitted to the meeting, which BMW is holding virtually for the first time.

Global car manufacturers have shifted to rigid cash control in a bid to safeguard liquidity during an unprecedented slump in global demand. BMW in March proposed a dividend of 2.50 euros ($2.70) per ordinary share, 1 euro less than what the company had paid the year before. Six days later, BMW shuttered its European plants.

Rival Volkswagen AG will review plans to pay out a record $3.6 billion dividend because of the crisis, according to Stephan Weil, a supervisory board member and premier of Lower Saxony, the German state that holds a 20% voting stake in the carmaker. Fiat Chrysler Automobiles NV and French peer PSA Group decided to scrap the $1.2 billion dividends each agreed to pay as part of their merger, citing the negative impact of the pandemic.

A glimmer of hope for BMW’s sales is coming from China, where the company saw sales increase by 14% in April compared to the year before. That positive development is only one piece in figuring out a broader recovery, Chief Executive Officer Oliver Zipse cautioned on Thursday.

“Unfortunately, our biggest single market is only of limited use as a blueprint for development in other markets," he said.

Zipse is among industry executives who have called for car-buying incentives funded by taxpayer money, a proposal that could become part of a broader stimulus program aimed at fueling growth in Europe’s largest economy. While leaders of states that are home to BMW, Volkswagen and Daimler AG back such plans, the program has irked other lawmakers and drew a muted response from Chancellor Angela Merkel.

BMW’s ownership structure added an extra dimension to the discussion -- about 45% of the company’s ordinary shares are owned by billionaires Stefan Quandt and Susanne Klatten, who are part of Germany’s richest family.

Some have questioned why BMW is paying a dividend while putting thousands of employees on a furlough program. Zipse defended the practice Thursday, saying that program is paid from unemployment contributions split equally between workers and the company, and that the impact of the crisis will be reflected in next year’s dividend.

“The dividend is clearly a way of sharing the company’s success with you, our shareholders," he said in his speech at the meeting. “It is distributed retroactively for the prior financial year."