Home Auto Reviews Volkswagen’s Record $3.6 Billion Dividend Is Under Review Due To Coronavirus

Volkswagen’s record $3.6 billion dividend is under review due to coronavirus

Volkswagen AG is considering whether to pay out a record $3.6 billion dividend as planned, or use at least part of it to shore up its finances amid the coronavirus crisis.
By : Bloomberg
| Updated on: 08 Apr 2020, 18:13 PM 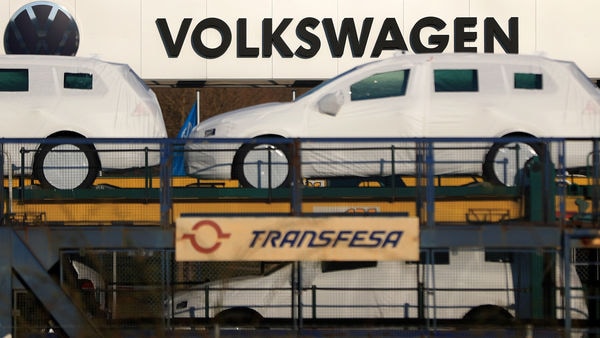 Volkswagen AG is considering whether to pay out a record 3.3 billion-euro ($3.6 billion) dividend as planned, or use at least part of it to shore up its finances for what is shaping up to be the biggest economic crisis since World War II.

Investors are entitled to the dividend and would be disappointed if it was delayed, cut or suspended, Chief Financial Officer Frank Witter said in a video message to staff last week seen by Bloomberg.

But VW is fighting to protect liquidity and tweaking the payout plan “wouldn’t be something entirely unusual," Witter said. The “situation is fluid."

Global giants from Boeing Co. to HSBC Holdings Plc have slashed or postponed payouts since the coronavius pandemic began wreaking havoc across continents and economies. More than $56 billion of dividends have been scrapped by businesses in Western Europe and North America, according to data compiled by Bloomberg. In Western Europe another $40 billion has been temporarily postponed.

A spokesman for VW said the company continues to monitor the situation. Porsche Automobile Holding SE, the investment vehicle of the Porsche and Piech family that controls a 53% voting stake in the world’s largest carmaker, declined to comment. VW’s profit and dividend are the only significant sources of income for the holding company.

Payouts to shareholders have drawn elevated public scrutiny during a time when governments and central banks are mustering unprecedented financial aid packages to prevent economic collapse. The outbreak has ground industrial output to a trickle as carmakers and other manufacturers halt production.

The manufacturer has signaled it can endure production shutdowns in Europe and North America for several weeks without requiring German state-backed emergency funds, thanks to a robust cash pile and existing credit lines.

Still, with the global economy on life support, and smaller parts suppliers fighting for survival, the timeframe for a market recovery remains uncertain.

Halting production costs VW about 2 billion euros per week. Some 80,000 of its German workers are on state wage support for reduced working hours. Under the scheme, the state funds the payments from unemployment insurance contributions employees and companies made in the past.

The dividend proposal for 2019, put forward on Feb. 28, would see holders of VW’s widely traded preferred stock receveive 6.56 euros for each share held. Common shares would draw 6.50 euros each. The plan would push the payout ratio to 24.5% of net profit from the previous 20.4%.

VW generated 13.3 billion euros in after tax earnings attributable to shareholders last year, implying a payout of about 3.3 billion euros. Shareholder approval is still pending and an annual general meeting scheduled for May 7 was postponed.

German luxury-car rival BMW AG left its dividend proposal unchanged in documents filed Monday ahead of its own May 14 annual general meeting, set to be an online gathering without physical presence of investors. Like VW, BMW hasn’t tapped state-backed emergency funds, but put about 20,000 German employees on short-term work.