The man was hospitalized March 25, five days before Volkswagen’s Mexico unit suspended production at its facilities in Puebla and Guanajuato.He died on April 3 and may have had Covid-19.
By : Bloomberg
| Updated on: 08 Apr 2020, 08:47 AM 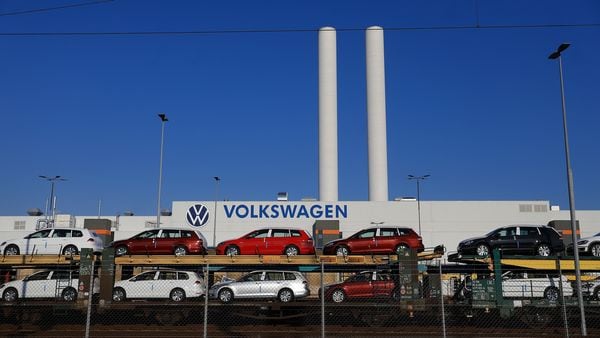 A Volkswagen AG worker at one of the carmaker’s Mexico plants died in what it suspects may have been a coronavirus-related case, after the carmaker idled factories in the country later than it did elsewhere.

The man was hospitalized March 25, five days before Volkswagen’s Mexico unit suspended production at its facilities in Puebla and Guanajuato. He died April 3 and may have had Covid-19, the respiratory disease caused by the coronavirus, but was never tested, according to the company.

Volkswagen’s Mexico plants didn’t shut until March 30, nine days after the company’s U.S. unit suspended production at its facility in Chattanooga, Tennessee. General Motors Co., Ford Motor Co. and Fiat Chrysler Automobiles NV started idling their U.S. facilities even earlier, caving to pressure from the United Auto Workers. The union has since confirmed several of its members have died of Covid-19.

Volkswagen identified the worker as Angel Ignacio M., withholding his last name. He sought care days before he was hospitalized and was told he didn’t qualify for a coronavirus test, the company said in its statement, which was unusually critical of authorities in Mexico for not providing enough information on the man’s cause of death.

The case adds to concern about whether Mexico is doing enough testing for coronavirus -- even among those who have died. The government says the actual number of cases is likely higher than the official count, but not by much.