Volkswagen burning through $2.2 billion a week as coronavirus halts production 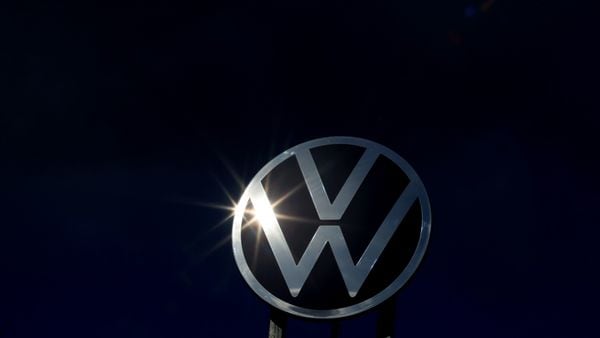 Volkswagen may have to cut jobs if the coronavirus pandemic is not brought under control as the car maker is still spending about 2 billion euros ($2.2 billion) a week, Chief Executive Herbert Diess told German TV channel ZDF.

Diess told the Markus Lanz talkshow that the German company, which employs 671,000 people worldwide, was not making any sales outside China and was looking for ways to resume production elsewhere that wouldn't endanger its staff.

"We need to rethink production. The discipline which we had in China we do not yet have at our German locations," he said.

"Only if we, like China, Korea or other Asian states, get the problem under control then we have a chance to come through the crisis without job losses. It requires a very sharp intervention," Diess said.

Demand in China is picking up again but production is only at half the level prior to the crisis, he said.

Volkswagen, the world's biggest automaker by vehicle sales, has 124 factories around the world of which 72 are in Europe, with 28 in Germany alone. It suspended production in Europe earlier this month because of the pandemic.

Volkswagen was working on ways to resume manufacturing with workers maintaining safe distances from one another, including by stepping up hygiene and disinfecting, Diess said.

"We are not making sales or revenues outside of China," Diess, adding that Volkswagen still had to cover a high level of fixed costs of "around 2 billion euros a week", he told ZDF late on Thursday.

He said the ECB should send "clear signals" and purchase the short-term debt, which often matures in as little as six or nine months, "as soon as possible".

The ECB said last week it would prop up markets, including through the purchase of commercial paper, as part of a 750 billion euro plan to boost asset purchases to contain the financial fallout from coronavirus.

"There's a lot of pressure on the incoming money flow," said Witter. "We have different diversified funding sources available but not all of them are as liquid as they were."

VW has the capacity to issue up to 15 billon euros of commercial paper under its main funding programme, with another 5 billion euros earmarked for short-term debt in Belgium.

Its ringfenced financial services division has a separate commercial paper programme with a 2.5 billion euro limit.

Witter said Volkswagen, which has yet to tap bank credit lines worth in excess of 20 billion euros, considered those facilities only as a back-up for when capital markets are shut.

In a separate interview with German paper Boersen-Zeitung, Witter said Volkswagen did not see the need to tap state aid to weather the crisis.

Passenger car sales were down 40% in March, Witter told the newspaper, adding that the company was reviewing whether its annual general meeting could take place on May 7.

For now, Volkswagen is sticking to its forecast of paying a dividend but it was looking closely at all investment and spending needs, Witter told Boersen-Zeitung.

A VW spokesman confirmed the remarks made to the papers.