A lawsuit has been filed against BMW in California that states that the BMW X7 and possibly other models of BMW come with a design flaw that involves cupholders.
By : HT Auto Desk
| Updated on: 19 Dec 2021, 07:00 PM 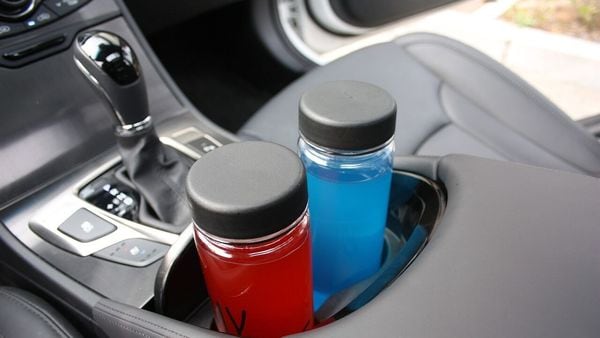 A lawsuit has been filed against BMW in California that states that the BMW X7 and possibly other models of BMW come with a design flaw that involves cupholders. The case has been in the US District Court and the statement explained that the cupholders in these cars are defective and are not properly designed as they are not able to hold cups with liquids, the very property of a cup holder.

The complaint, as reported by Motor1, said that when a user keeps a cup filled with liquid, it spills into the cup holder and the wires of the SRS (airbag) control module that is placed right under the cup holder also gets wet leading to damage to the airbags. As a consequence of this, the airbags can get deployed inadvertently.

The complaint has been filed by BrightK Consulting, Inc represented by attorney Hovanes Margarian. The latter believes that this design flaw can be found in many vehicles. “The way it is arranged the cars are prone to malfunction when either there is a spill in the cupholder or condensation on the cup," Margarian was quoted saying as in the report.

The lawsuit holds several complaints and most of them informs about a fault on the SRS control module after any liquid gets spilled over in the cup holder. This liquid then seeps into the electrical circuit underneath causing damage to the other parts. The report informed that replacement and repair costs can go up over $2,000 and in some cases the BMW refused to cover the cost even the vehicle was under warranty.

One of the complaints from earlier this year stated that one placed a soft drink cup into the holder of the 2020 BMW X7 and some of the liquid got spilled into the holder. After sometime the car went into emergency stop in the left lane of the highway and the user was unable to drive it.