BMW escaped the chip shortage largely unscathed until last week, when it was forced to reduce shifts at two plants in England and Germany.
By :
| Updated on: 07 May 2021, 12:55 PM 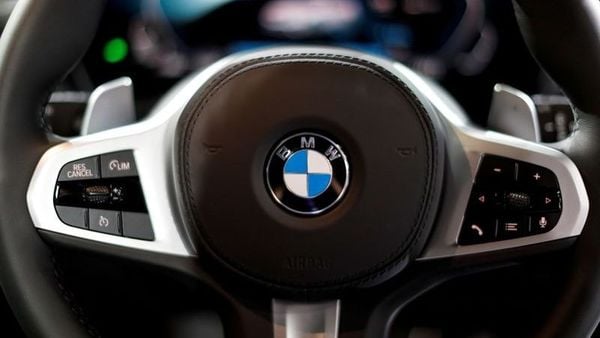 BMW AG expects returns for its automotive business to be resilient this year even as surging commodity prices pose risk to earnings.

Profitability for its main carmaking operations probably will come in at the upper end of the 6% to 8% range BMW had forecast for the year, the Munich-based company said Friday. While automotive margin rose to 9.8% in the first quarter, the manufacturer warned rising raw material prices could have a dampening effect going forward.

“We continue to streamline our processes and structures in order to boost performance," Chief Financial Officer Nicolas Peter said.

After registering a sales record led by China during the first quarter, BMW is feeling the strain from stretched supply chains as the global economy picks up speed. Everything from chips to copper to lithium are more difficult or expensive to procure, and carmakers have few short-term remedies aside from raising sticker prices for consumers. The semiconductor shortage is expected to drag into next year with weeks-long outages at some plants.

BMW had escaped the chip issues largely unscathed until last week, when it was forced to reduce shifts at two plants in England and Germany. Volkswagen AG and Jeep maker Stellantis NV this week warned the shortage will worsen from the first three months of the year, while Ford Motor Co. has forecast a $2.5 billion hit to earnings.

Higher sales of the lucrative X5 and X6 SUV models helped boost BMW’s returns in the first quarter. The carmaker released preliminary earnings last month that exceeded expectations as a demand recovery spread from China to the U.S. and Europe. Earnings before interest and taxes from auto operations rose to 2.24 billion euros ($2.7 billion) in the first three months, up from 229 million euros a year earlier.

Vehicle sales during the first quarter surged more than a third to almost 637,000 cars as deliveries in China almost doubled.