Bill Gates seeks to point out that heavy, long-haul vehicles may need a solution different from battery power.Many regard the opinions expressed by Gates as yet another snub to Tesla.
By : HT Auto Desk
| Updated on: 25 Nov 2020, 11:34 AM 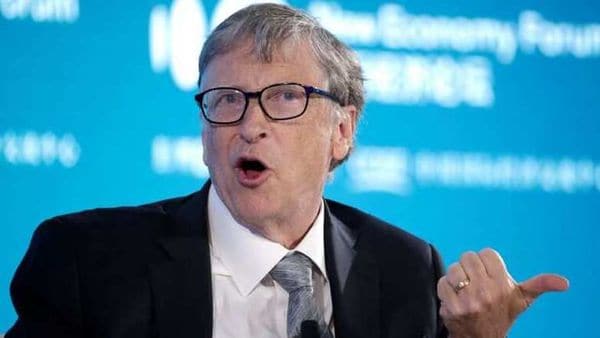 Bill Gates has time and again underlined the potential benefit that the switch to electric mobility could have in the fight against climate change but he feels battery power is unlikely to have much impact in large modes of transportation like trucks, passenger jets or even cargo ships. In his latest blog post GateNotes, the Microsoft co-founder writes that while battery technology has and is improving by leaps and bounds, it may not be enough to form the core of such machines.

A number of companies - Tesla being the most prominent of them all - are looking at having batteries power trucks in the times to come. Tesla Semi has come a fair distance towards being a reality but Gates is still unsure about whether such vehicles would see the light of day. "Even with big breakthroughs in battery technology, electric vehicles will probably never be a practical solution for things like 18-wheelers, cargo ships, and passenger jets," he wrote. "The problem is that batteries are big and heavy. The more weight you’re trying to move, the more batteries you need to power the vehicle. But the more batteries you use, the more weight you add—and the more power you need."

While range capabilities are improving, this helps passenger vehicles far more than they perhaps can support modes of transport that cover thousands of kilometres. "Electricity works when you need to cover short distances, but we need a different solution for heavy, long-haul vehicles," wrote Gates.

Gates has previously backed the switch to electric mobility even if he has also mentioned that the need to curb vehicular emissions are just one of the many key ways to fight climate change. He has also highlighted the contribution of legacy companies like GM and Ford, as well as new players like Rivian and Bollinger, which has prompted many to point out a clear snub to Tesla.

And the latest post is also being seen as a reference to the Tesla Semi. With a claimed range of around 500 miles (800 kilometres), the Tesla Semi was unveiled for the first time in 2017. "We designed the Tesla truck to be like a bullet," CEO Elon Musk had said at the time, adding that it would be far more economical and yet more powerful than conventional trucks powered by diesel. After all, Tesla said the Semi would propel forward to 100 kmph in just five seconds.

Performance and range aside, can the Tesla Semi actually stamp its authority in real world conditions?

Gates' opinion about electric power unlikely to propel bigger vehicles over greater distances is not an opinion that is widely shared and has invited contradictions. Yet, the world's second richest man is also being seen as a realist who is only looking at pointing out a possibility, or the lack of it.