The Bentley Mark VI was the first-ever car to be built entirely at the company's Crewe factory and went on to become one of its biggest selling cars ever.
By : HT Auto Desk
| Updated on: 24 May 2021, 14:56 PM 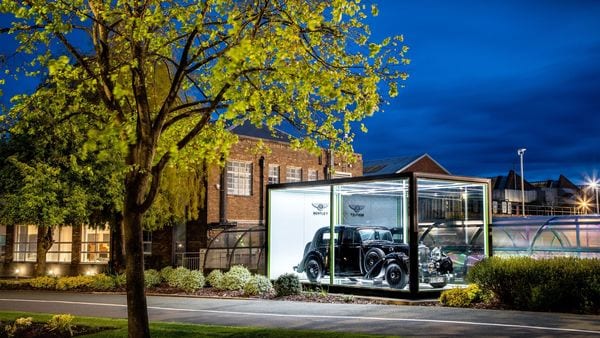 Bentley MK V was the last car to roll off the production line in Derby, England before the dawn of the Crewe era in May 1946, It has been put on display at its Crewe facility.

Bentley Motors has completed 75 years of luxury vehicle production from its iconic factory in Crewe, England. The automaker has produced 206 unique models and 197,086 handcrafted luxury car units at the facility since 1946. This makes 97 per cent of the company's entire production.

Bentley says that it has achieved a significant milestone with the number of vehicles produced, especially after the introduction of the modern day models such as the Continental GT and Bentayga that were introduced from the turn of the century. The brand had only produced 38,933 handcrafted models before that.

The company says that as per its records, 84 per cent of all the cars that it built in Crewe for the UK market are still on the road today, with the figures only growing day by day. Bentley currently builds 85 cars per day - this is equal to its one month's output about two decades ago. Bentley MK VI was the first car to be built at the brand's Crewe facility in 1946.

The Bentley Mark VI was the first ever car to be built entirely at the company's Crewe factory and the first to be offered with a pressed-steel body shell as standard. At the launch, the Mark VI used the 4.3-litre straight six engine, which was later upgraded to a more powerful 4.6-litre unit in 1951. The vehicle, Bentley says, signalled the dawn of a new era in the company's car production and became one of its biggest selling cars in history.

Before the modern era of vehicles came in, Bentley produced several iconic models in Crewe, such as the R-Type Continental, Turbo R, Arnage and Azure. Bentley's very last car to be built at its previous facility in Derby, the iconic Mk V, has been displayed along Pyms Lane at its Crewe facility.

In the 75 years, the Crewe facility has evolved a lot and today, it has become the first luxury car brand to have industry-leading facilities that are fully carbon neutral. In coming times, under its Beyond100 strategy, the company aims to be end-to-end carbon neutral by 2030, with the Crewe factory becoming climate positive thereafter.