China has been experiencing a rise in Covid-19 cases.Automakers such as BMW and Volkswagen had plans to introduce new electric vehicles at the show.
By : HT Auto Desk
| Updated on: 05 Apr 2022, 12:36 PM 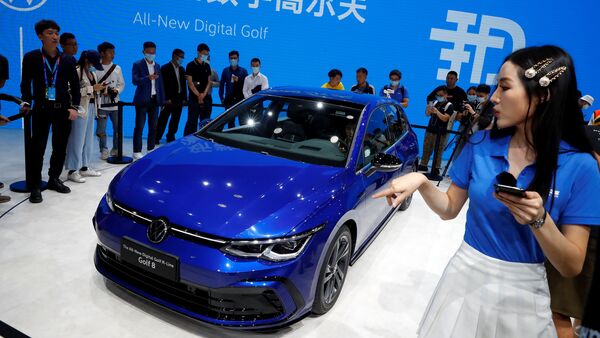 China has confirmed that this year's Beijing Auto Show has been postponed indefinitely due to a surge in the cases of Covid-19. The Secretariat of Auto China took to a Chinese social media platform to share the news. The 2022 Beijing Auto Show was scheduled to be organised from April 21 to April 30.

Auto representatives of China stated they will closely monitor the development of the current Covid-19 scenario. “We will pay close attention to the development of the epidemic, and strive to enhance the event's organization and service work according to the requirements of the epidemic prevention and control policy. The specific holding time after the extension will be notified separately," said the officials, Automotive News Europe reported.

Automakers such as BMW and Volkswagen were going to unveil important models in this upcoming auto show, which now stands cancelled. BMW had planned to showcase its all-new electric i7 sedan at the auto show. The recently unveiled long-wheelbase i3 sedan was also supposed to make an appearance at the event.

Volkswagen too had planned to unveil its new electric sedan ID Vizzion. This EV is being developed under the codename Aero B and is an electric equivalent to the automaker's Passat model. The Volkswagen ID Vizzion is based on the brand's MEB architecture which is a modular platform for electric vehicles. The EV will compete with the likes of the Tesla Model 3 and Polestar 2 when launched in the market.

China has been experiencing an increase in Covid-19 cases in the past few weeks which again has impacted the production of many automakers such as Volkswagen, Toyota and Tesla. The auto companies have suspended their operations in factories due to the phases lockdowns.