Bajaj Auto earlier this week signed a pact with the Maharashtra government for setting up a new production facility for super premium-end motorcycles such as KTM, Husqvarna and Triumph. Bajaj Auto holds 48 per cent stake in Austrian premium sports motorcycle brand KTM.
By :
| Updated on: 25 Dec 2020, 11:36 AM 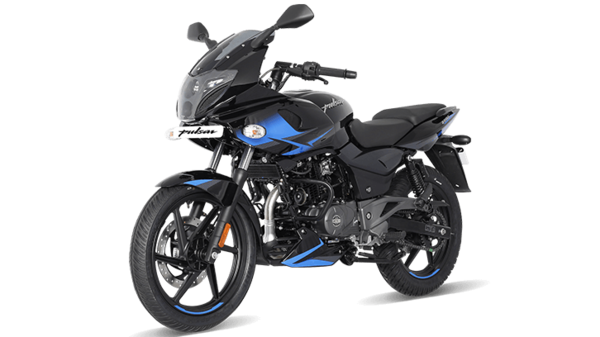 Bajaj Auto expects sales of high-end motorcycles to grow faster than other motorcycles and its investment of ₹650 crore in a new plant near its existing manufacturing facility in Chakan is aimed at building capability to take advantage of this potential growth, a senior company executive has said.

The Pune-based two- and three-wheeler maker earlier this week signed a pact with the Maharashtra government for setting up a new production facility for super premium-end motorcycles such as KTM, Husqvarna and Triumph along with electric vehicles (EV), starting with Chetak, at a proposed investment of ₹650 crore.

"We believe that the premium segment of motorcycles will grow faster than others and Bajaj will be in a very good position to take advantage of this trend. And this is true for domestic and our overseas markets," Bajaj Auto Ltd Executive Director Rakesh Sharma told PTI in an interaction on Thursday.

For Bajaj, the super premium-end motorcycles include Dominar, KTM, and bike models that would come from the company's alliance with Triumph, he said.

"And of course, along with the expansion of the EV portfolio, all of these together, we think the sales of these should grow fast. So we are building that capability and preparing ourselves to exploit that opportunity," Sharma said.

Bajaj Auto holds 48 per cent stake in Austrian premium sports motorcycle brand KTM. It introduced Husqvarna brand, which is part of the KTM group, in the country in February this year.

In January, the Pune-based automaker announced formal commencement of its non-equity global partnership with British iconic motorcycle maker Triumph to manufacture a range of mid-capacity bikes in the country.

According to Sharma, while Bajaj Auto's overall motorcycle sales, including overseas, declined 21 per cent in April-November period of this fiscal, the premium-end motorcycle sales, which include sales of KTM and Dominar, grew 24 per cent during the same period.

"We can expect this double-digit growth to continue and this is the reason that we feel we need to invest in this new plant," Sharma said.

The upcoming facility, the work for which is expected to commence very soon, will be located just four kilometres away from its existing manufacturing plant at Chakan.

It will be spread across 190 acres of land and the ₹650-crore investment would mainly go into building, plant and machinery, among others.

The new plant, when fully operational, will have a total capacity of 1 million units per annum. The existing Chakan plant has a capacity of 1.20 million motorcycles per annum, he said.

The new plant will offer around 2,500 jobs directly and many more indirectly, with 50 dedicated vendors, he added.

In India, the overall motorcycle market is not in great shape currently, and sales in fiscal 2020-21 may end up at the level of fiscal 2013-14, Sharma said.

On Bajaj's alliance with Triumph, he said the two partners were trying to make up for lost time as the R&D work for the project got affected because of the pandemic.

"We can see there is some delay, but we will see how much we can cut that," he said.

The first Bajaj-Triumph bikes will be available from 2022 with prices starting at less than ₹2 lakh for a 200cc motorcycle, Triumph Motorcycles Chief Commercial Officer Paul Stroud had said while announcing the collaboration in January this year.