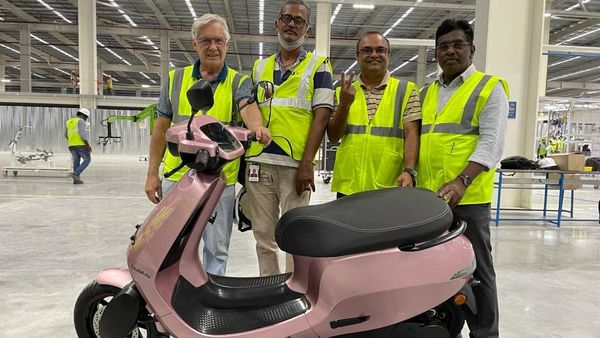 Ola Electric scooter comes available with a host of features and technology onboard.

Just a few days ago, Tesla CEO Elon Musk demanded the customs duty on imported electric cars in India be reduced. He found support from Volkswagen as well that plans to bring a host of electric cars to the country. Now, Ola CEO Bhavish Aggarwal says the auto companies that are planning to import vehicles to India should also invest in the country, reports PTI.

The report says that Ola CEO said this in response to Tesla CEO's comment. He also said the auto industry should create a sustainable revolution in the country.

Musk in July hinted that Tesla may set up a manufacturing plant in India if it succeeds with imported EVs here. He also said that Tesla wanted to launch its electric cars in India but import duties are highest in the world by of any large country.

India currently imposes 100% import duty on fully imported cars with cost, insurance and freight (CIF) value that is more than $40,000 and 60% on those vehicles that cost less than the amount.

Electric vehicle sales in India have grown significantly in the last few years, especially driven by the electric two-wheelers and electric three-wheelers. However, the majority of the EVs being sold in India are low-speed models. The manufacturers are importing different parts from overseas markets and assembling them here before selling the vehicles.

This widespread practice not helping to improve the Indian EV ecosystem for the longer run, claims analysts. According to them, the majority of the electric vehicle companies in India are not focusing on investing in improving EV technology locally. Bhavish Aggarwal echoed the same.

He focused on the need for the development of technology and manufacturing ecosystems besides emphasising on sustainability.