The landmark vehicle is a Daytona grey Audi e-tron Sportback 55 S line Quattro that has been scheduled for delivery to a Belgian customer soon.
By : HT Auto Desk
| Updated on: 26 Apr 2021, 13:08 PM 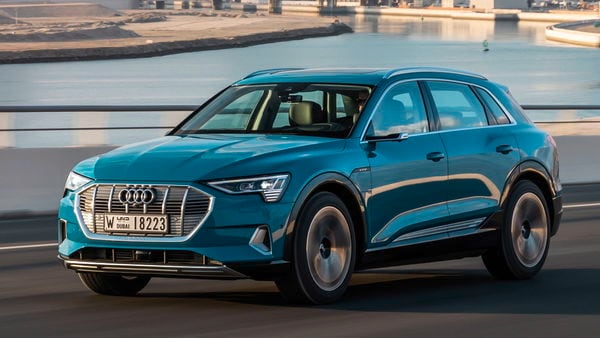 Audi Brussels has recently rolled out the 100,000th e-tron electric vehicle since it started manufacturing the e-SUV in 2018. The landmark vehicle is a Daytona grey Audi e-tron Sportback 55 S line Quattro that has been scheduled for delivery to a Belgian customer soon.

Audi says that the e-tron was the world's best-selling electric car among German premium manufacturers in 2020. Further, it adds that the model was even the best-selling car in terms of overall sales in Norway last year. "I would like to express my gratitude to all the employees who contributed to the successful launch of this premium electric car for their commitment, expertise and enthusiasm. The worldwide electrification of the Audi brand could only begin due to their monumental efforts", says Volker Germann, CEO of Audi Brussels.

Earlier this month, Audi unveiled the Q4 e-tron and Q4 Sportback e-tron as the first compact electric SUVs from the German auto giant. The Audi Q4 e-tron and its Sportback version are also the most affordable electric vehicle from the brand. The SUVs will go on sale in Germany at a starting price of 41,900 euros (roughly converted to ₹37.72 lakh).

At the Shanghai Auto Show, Audi recently showcased the A6 e-tron concept. The A6 e-tron is a full-size Sportback and is the first model to be based on the brand's new Premium Platform Electric (PPE) platform.