Jack Grealish urged his fans and people at large to stay at home to fight the coronavirus pandemic.The Aston Villa midfielder's neighbours accuse him of having partied all night before taking out his Range Rover and crashing it.
By : HT Auto Desk
| Updated on: 30 Mar 2020, 01:16 PM 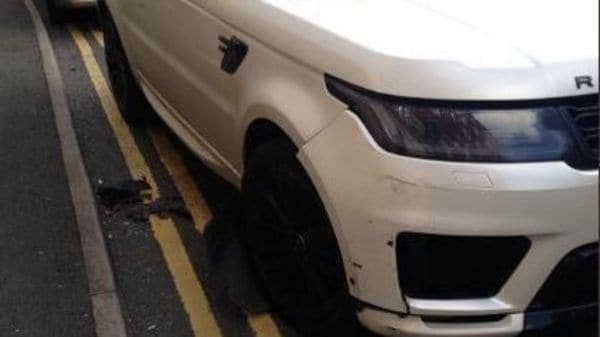 This photo was tweeted by @Hans_LFC

Celebrities the world over are increasingly being looked at to reach out to their fans and spread the message to 'Stay at Home' to battle the coronavirus pandemic. Aston Villa midfielder Jack Grealish was no different as he urged people to remain at home. The catch? He would later go on to allegedly crash his £80,000 Range Rover after reportedly partying an entire night.

UK's The Sun reported that Grealish was seen arguing with several of his neighbours right next to his SUV which had a damaged bumper and broken rear tail lights. Quoting witnesses, the report stated that the Range Rover was reversed from its designated parking spot in West Midlands, driven for about 200 yards before crashing into the pavement and also hitting two Mercedes cars that were parked here. The Range Rover also reportedly hit an iron railing.

A neighbour was quoted as saying that Grealish was partying all night before entering the car in the wee hours. He is believed to have told owners of the other damaged cars that he would pay the cost of their repairs.

West Midlands Police have confirmed the incident and have said they would speak to the owner of the Range Rover. Further details, including whether it was indeed Grealish behind the wheels, will be investigated.

At a time when people around the world are being urged to keep their cars firmly parked and for them to stay at home, celebrities cutting across different fraternities are joining the call. Grealish too urged people to adhere to the lockdown imposed in the UK, a country that is struggling to cope with the coronavirus pandemic and whose PM has also tested positive.

As such, his disheveled photos next to a damaged Range Rover hardly sends across a repsonsible message.