Are in-car games essential in autonomous vehicles? Opinions are divided

Those backing in-car games in vehicles of the future state that technology has the potential of making road conditions far superior than what they are today, allowing for so-called distractions like gaming.Many against the idea claim that gaming is hardly so important that it needs to be in a car.
By : Shubhodeep Chakravarty
| Updated on: 11 May 2020, 12:13 PM 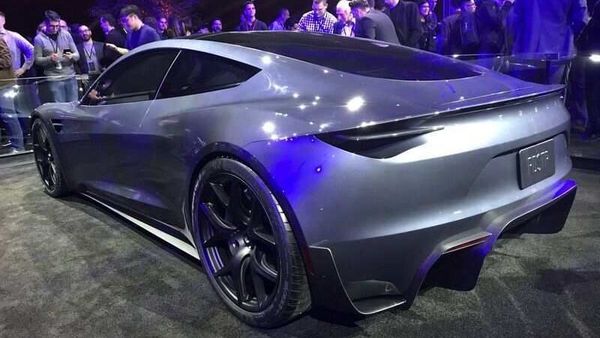 The future may belong to autonomous vehicles but the present has many people wondering what would one do sitting inside a car that would drive itself in the times to come. What has given impetus to such thoughts is Tesla CEO Elon Musk recently tweeting about the possibility of bringing games such as Minecraft and Pokemon Go to products in his company's portfolio.

But are games inside vehicles an absolute necessity? More relevant still, is it safe to have someone engrossed in games inside a self-driving car that is moving with a mind of its own? Twitter is divided as ever.

(Also read: A tweet that cost Elon Musk $3 billion and why Tesla may move out of California)

Musk has repeatedly made a case for autonomous vehicles and has claimed that such vehicles would be safer than vehicles being driven by actual people because they would be free from the possibility of human error. From cameras to sensors and radar, self-driving vehicles may be more near to reality than one would imagine. And it is not just Tesla but a number of car makers who have been testing capabilities.

And yet, a recent crash of a Tesla Model X on Autopilot mode in California has prompted many to question not just the safety aspect of autonomous vehicles but the 'preposterous' idea of having the occupant playing games. Investigating the incident, the US National Transportation Safety Board (NTSB) had declared that the deceased driver - an Apple employee - was playing a video game inside the semi-autonomous vehicle when the car crashed against a barrier. NTSB further said that Tesla needed to bring in changes to its Autopilot system.

Now to be fair to Tesla, the company calls for drivers to keep their hands on the steering wheel even in semi-autonomous mode. Question is, how many are listening?

Games integrated into the dash of a self-drive vehicle may mean guidelines like keeping eyes on the road and hands on the wheel possibly being flouted, possibly giving rise to more unfortunate accidents such as the one in California.

Those in favour of in-car gaming, however, argue that if features such as video-conferencing can find its way into self-driving cars then gaming should not be faulted or doubted as a safety hazard. They further claim that in-car gaming is not for semi-autonomous vehicles but meant for a time when safety standards of a autonomous vehicle is perfected.

If Musk is to be believe, the fate of autonomous vehicles is sealed and certain - these cars will dominate roads of the future. That they will also be far safer than human-driven vehicles is also something he truly believes in. The dilemma then is about whether gaming is such an essential activity that it needs to be incorporated into the cars of the future.