Fortunately, no one was injured after the accident between the Lamborghini and the BMW vehicles.
By : HT Auto Desk
| Updated on: 28 Jun 2022, 13:02 PM 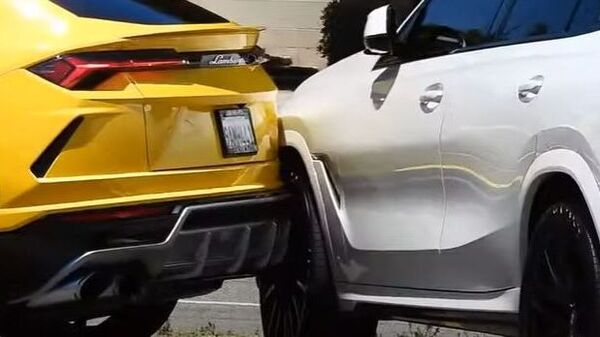 A video has surfaced online showing actor Ben Affleck and actress Jennifer Garner's 10-year-old son Samuel crashing their yellow Lamborghini into a parked BMW car. The kid took over the driver's seat while his parents were in the vicinity. The incident took place while the family was visiting a car dealership in Los Angeles. Fortunately, no one was injured during the accident, Affleck's representative confirmed to E! News.

The yellow Lamborghini Urus costs more than $230,000 and the repair bill for the dent on the rear could also be high. Apparently, the vehicle's rear bumper made contact with the same-size BMW's front wheel and possibly the fender. Thanks to the bumpers on each side, much damage did not happen and no one was injured.

As per the video footage of the incident, Samuel was out with Affleck and Jennifer initially but then he is seen sitting in the driver's seat while Affleck is still outside the car. The car then moves back and forth and the next thing we know is that it hits a BMW parked behind it. After the incident, Samuel exited the car to inspect the damage.

The dealership employee revealed that they have a small lot and the cars are close, thus this happened but he confirmed to the publication that everybody was fine and unharmed.

Ben Affleck is currently engaged to Jennifer Lopez, who was also with the father-son duo during the incident and was sitting in the back seat at the time. Affleck is also father to daughters with his ex-wife - Violet, 16, and Seraphina Rose, 13. Since getting back together last year, Lopez and Affleck have been trying to blend their families and spend time together.