Trapped motorists have been forced to climb out through sunroofs as downtown Miami bears the brunt of heavy showers.
By : HT Auto Desk
| Updated on: 08 Jun 2022, 11:10 AM 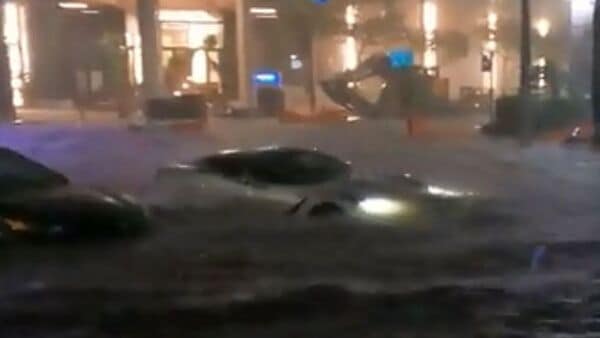 Several parts of Florida bore the brunt of heavy showers in the region with Tropical Storm Alex making its notorious presence felt in major cities. Downtown Miami was particularly hit with incessant rainfall which resulted in roads going under and sewage channels overflowing. It was, needless to say, an absolute nightmare for the few who ventured out in their vehicles.

According to local reports, several parts of the US state have been put on flood alert. Tampa Bay CBS station reported that fire fighting teams had to be called in to rescue trapped motorists from their vehicles. Tow-truck services were also running overtime to pull vehicles to safer locations.

Scenes in downtown Miami were quite apocalyptic with one video posted on Twitter showing a Corvette somehow wading through bonnet-deep water. Overflowing sewage lines have further worsened matters.

People at large have been warned to stay indoors and avoid venturing out, either on foot or in their vehicles.

Miami Herald reported that some parts of the state had received around 14 inches of rain but there may be more rain to come with weather stations predicted the tail end of the storm making its presence felt for most parts of this week.