The Society of Motor Manufacturers and Traders stated the move will be disadvantageous at a time when sales of new cars are registering a dip.
By : HT Auto Desk
| Updated on: 15 Jun 2022, 06:13 AM 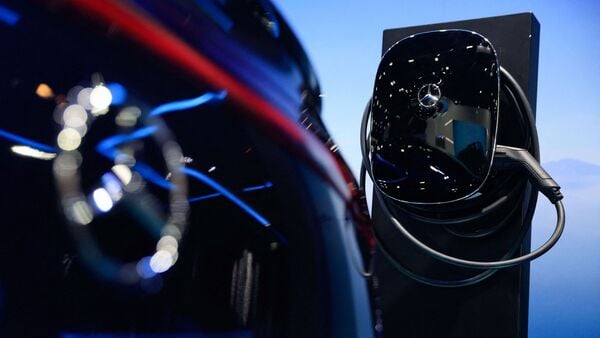 The United Kingdom announced it will remove the last remaining subsidies for electric cars. The Department for Transport stated that the £300 million ($349 million) grant-funding program will close to new orders. According to a Bloomberg report, this move will push the sales of other battery-powered vehicles namely taxis, vans and motorcycles. It will also free up resources to expand charging infrastructure.

However, the Society of Motor Manufacturers and Traders stated the move will be disadvantageous at a time when sales of new cars are registering a dip. The body also shared that this will make the United Kingdom the only major European market without any incentives. The department did stress the previous reduction in the amounts did not have an impact on the demand for electric vehicles hence this is the right time to focus on charging infrastructure.

The chief executive officer of the SMMT Mike Hawes shared the auto sector is yet to make a recovery. “With the sector not yet in recovery and all manufacturers about to be mandated to sell significantly more EVs than current demand indicates, this decision comes at the worst possible time," added Hawes.

Last year, the department reduced subsidies on electric vehicles second time in nine months. The grant was brought down to 1,500 pounds ($1,987) on cars that cost less than 32,000 pounds. This decision was also criticised by SMMT as it had stated that lowering the cap will become a setback in the country's aim to phase out vehicles with internal combustion engines by 2030. Hawes then had said, “Slashing the grants for electric vehicles once again is a blow to customers looking to make the switch." The CEO of SMMT had reportedly suggested doubling down on incentives just when the transition is happening.